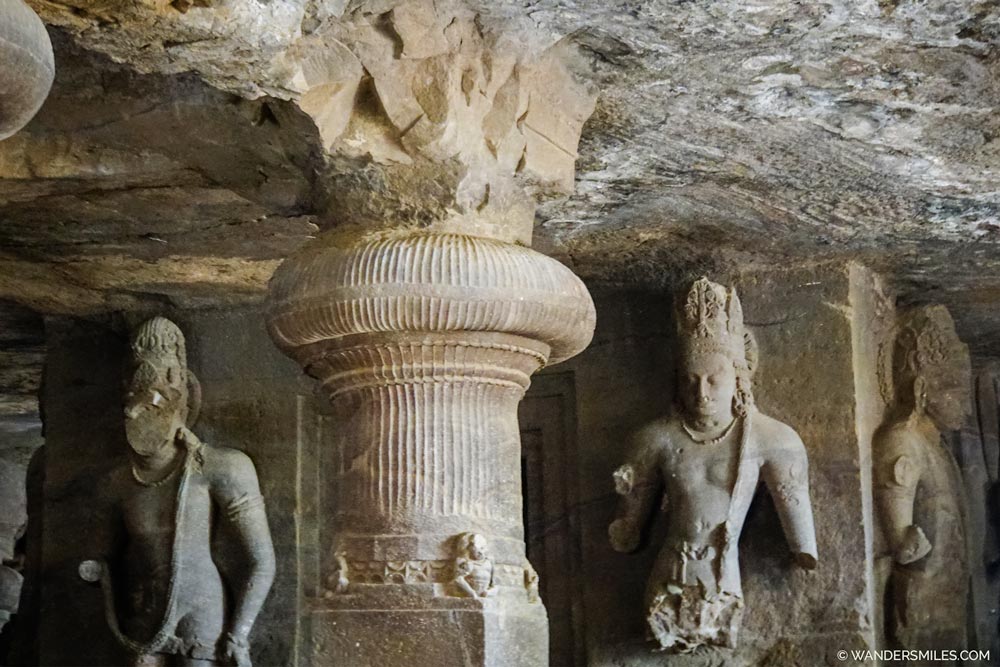 Elephanta Island is a UNESCO World Heritage site that rises majestically out of the Arabian sea 10km east of Mumbai harbour with ancient Hindu and Buddhist cave temples. You can visit the impressive Elephanta Cave Temples by taking a ferry across from Mumbai.

A brief history of Elephanta Caves

Why and when the caves were created, and by who is a mystery that makes Elephanta island a fascinating place to visit. I love that a visitor’s imagination can run wild and add a personal touch to the years and years of wonder and debate.

The architecture, depictions, and inscriptions within the caves suggest that the cave temples were built in the mid-6th century BC under the rule of King Krishnarraja. The Buddhist Stupas on the east hill can be tentatively dated to the 2nd century BC.

Elephanta Island has been controlled by many dynasties and kingdoms over the centuries. It was named Gharapuri (Village of Caves) by the Marathi people and that continues to be its local name.

In colonial times the Portuguese invaded the island. The island was renamed ‘Elephanta’ by them as they were inspired by the massive elephant sculpture that once stood like a guardian over the sea.

Portuguese soldiers have been accused of the wanton and willful destruction of the caves. Rumour and stories are rife that the ornate relief carvings were once used as target practice.

In the 1970s, thankfully, the Indian Government decided to restore Elephanta Island. It was a fantastic decision that has allowed a great many locals and tourists to enjoy all the culture, history, and mystique Elephanta has to offer.

What to see at the Elephanta Cave Temples

The island is home to huge caves hewn out of basalt rock and decorated with scenes of an ancient society and culture.

These caves are simply breathtaking. Lovers of history will adore studying the ancient texts, spiritual philosophy, mythology, and epic tales depicted in the wall carvings. It’s like reading a giant storybook. 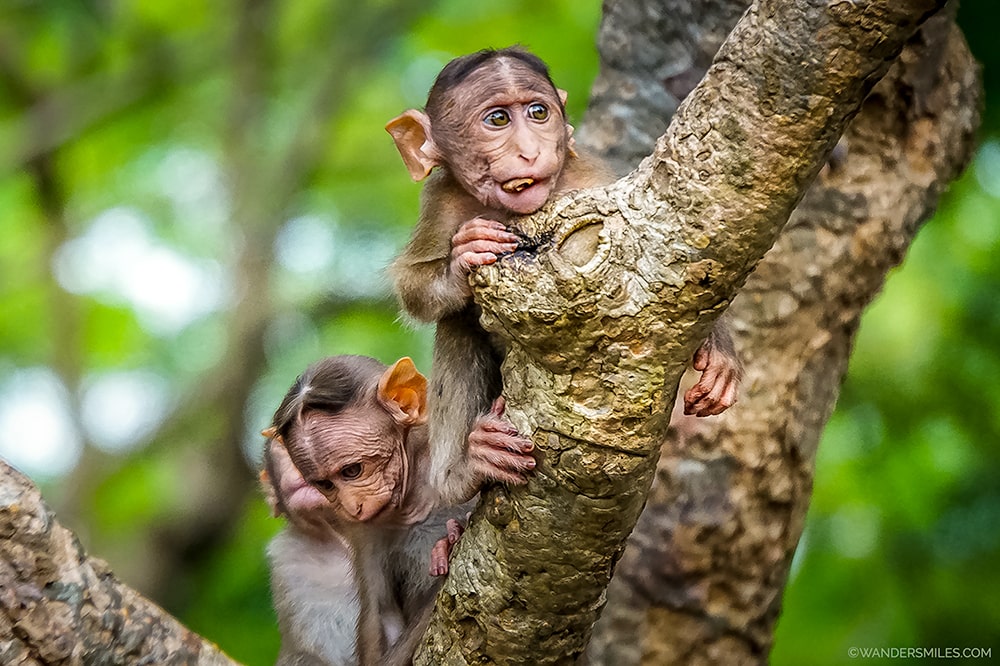 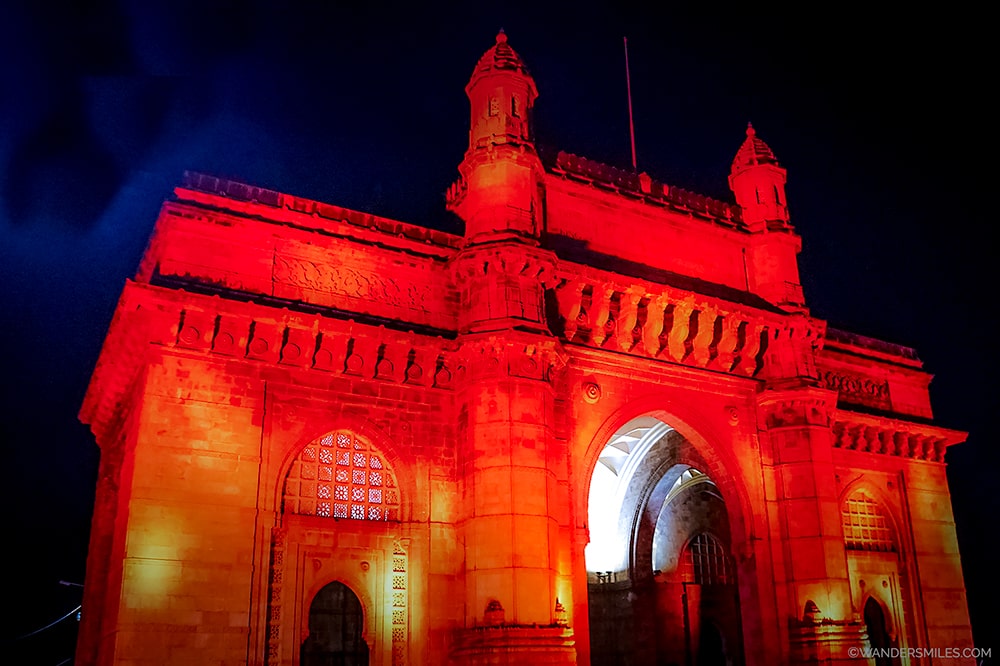 Gateway to India in Mumbai at night

My trip to Mumbai to see the Elephanta Cave Temples was with Trekkup. If you are heading to the city and want a professional guide for a half-day trip or to include a full-day trip seeing the highlights of Mumbai, click here to book your Elephanta Caves Tour!

The Journey from Mumbai

If you want to head to Elephanta Caves on your own, the journey begins at The Gateway of India, a large arch monument on the waterfront in Mumbai. Here are some details about the ferry!

The central government has sanctioned a project to make an 8km long ropeway connecting Mumbai to Elephanta Caves which will take 15 minutes. The estimated completion date is in 2022 and will be the first over-the-ocean ropeway of the country.

PLAN AHEAD FOR YOUR MUMBAI TRIP

The caves look fascinating and I would love to see these. The carvings of the gods are so impressive. It is such a shame that many have been damaged.

They were mind-blowing and quite unusual that they are on an island of their own!

These caves are simply amazing. How is it possible that I have never heard of them before? All these sculptures carved in the rock are impressive. And the monkeys are just cute but I believe they can be naughty.

Oh you must go if you ever visit Mumbai, they are fabulous to see.

This is such an amazing post. Makes me longing for travel again – especially since I’ve never been to India before.

India indeed is a wonderfully diverse country. I hope you get to experience this one day!