6 Amazing Things To Do In Hatta | UAE Adventures

If you’re looking for more adventure or nature-led experience of Dubai, take a 2 hour drive to Hatta in the Hajer Mountains to open up a whole new world of kayaking, mountain-biking, trekking or simply relaxing and taking in the picturesque views. Let’s exploring the fabulous things to do in Hatta!

As you drive up through Hatta Village you are met with the oasis of the turquoise freshwaters of Hatta Dam, a beautiful contrast against the brown volcanic rock of the Hajar Mountains. A large mural can be seen which commemorates the UAE’s founding fathers, the late Sheikh Zayed bin Sultan Al Nahyan and the late Sheikh Rashid bin Saeed Al Maktoum. This is believed to be the largest inclining mural in the world!

If you fancy more than just checking out the awesome views, you can tap into your adventurous side by kayaking on the Hatta Dam, believe me, it’s lots of fun. You can book ahead with Hatta Kayak but there’s plenty available if you just turn up. The single kayaks are 60 AED and doubles are 150 AED for an unlimited time. You can hire out pedal boats, donut boats, yellow boats and water bikes… depends what floats your boat (see what I did there).

Take a hike in Hatta

If you’re like me and love to throw on your hiking boots, Hatta is the place for you! At the start of 2017, the project to develop Hatta as a hiker’s paradise began. There are currently two trails, one 3km and the other 9km with more to come. We took the longer trail, beginning at the Mountain Bike Trail Centre, the walk ended by the Hatta Heritage Village. You pass by spots of green vegetation by the pockets of water by the wadis, a welcome sight against the expanse of volcanic rock of the Hajer Mountains. Depending on the time of year, best to set off early to avoid the midday sun. 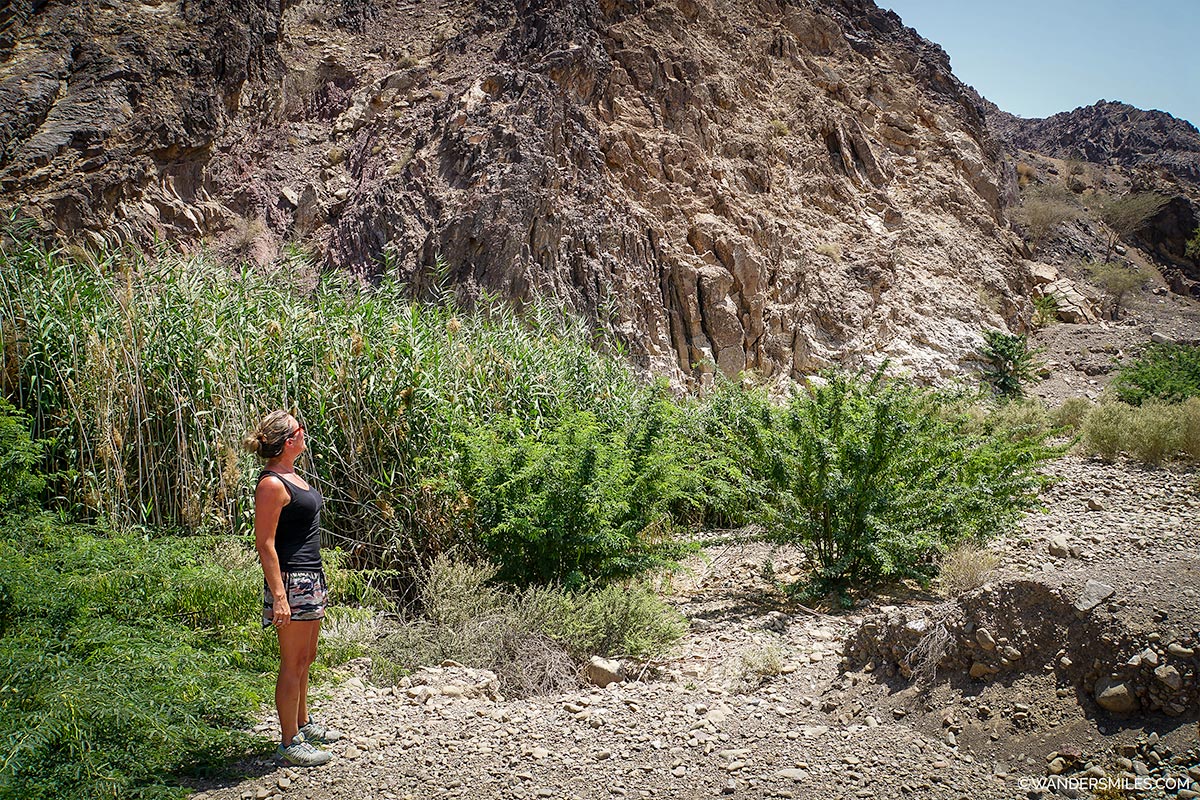 If you’re feeling very active, what about hopping on a mountain bike to enjoy the undulating terrain of Hatta? As part of the development project, there are three mountain biking trails, with different levels of difficulty designed not only for experienced bikers but also beginners and those who are less physically able. The trails are free to ride and are self-guided with clear signs of where to go. 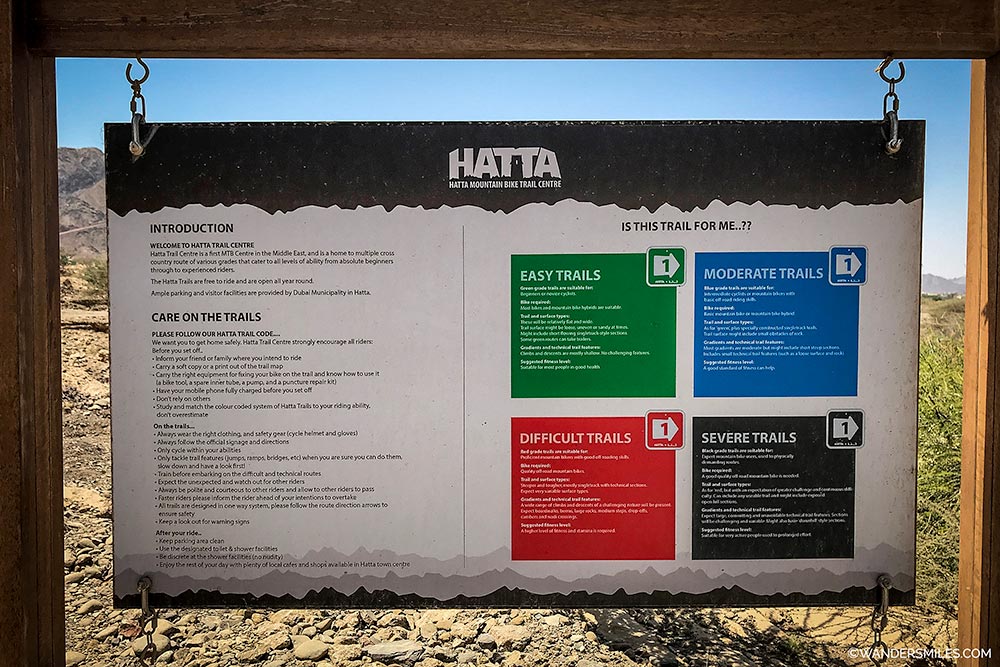 Get cultural in Hatta Heritage Village

If you want to know what life was like outside of Dubai a few thousand years ago head to Hatta Heritage Village. It was restored in 2001 to include two watchtowers, mosque and a fort. Inside the ruler’s house, ‘Bait Al Wali’, you can see displays of weaponry, artefacts, palm-tree products, handicrafts, weaving and traditional dress. 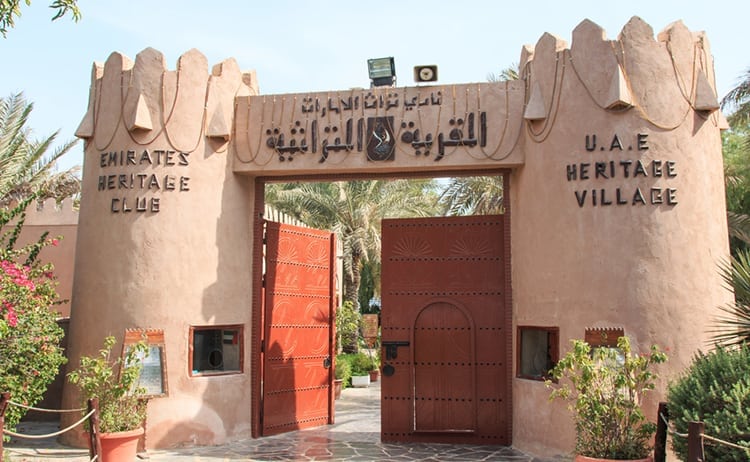 You can’t beat the JA Hatta Fort Hotel for a getaway from the glitz and glamour of Dubai. The chalet-style rooms are modern inside with character too. The views overlooking the lush green gardens with the backdrop of the Hajar Mountains are priceless. You can relax by the pool or get involved in the activities on the resort such as archery, mini-golf, garden chess, tennis and much more. JA Hatta Fort Hotel really does combine serenity and adventure.

As most of the activities are based outdoors you really want to avoid summer months. It starts getting hot around April and mid-summer is a complete no-go. The weather will start to cool down a little in October but best to wait until November if you can.

How to get to Hatta

FROM DUBAI – Driving time will be approximately 1.5 hours by car taking the Sharjah-Kalba (E12) route is normally the fastest. If you are without wheels, don’t worry! You can get the E16 bus from Sabkha Bus Station in Old Dubai and will take 2.5 hours to reach Hatta.

FROM ABU DHABI – The journey will take you around 2.5 hours in a car. For the public transport mode from Abu Dhabi to Hatta, you will need to take the bus from Dubai. 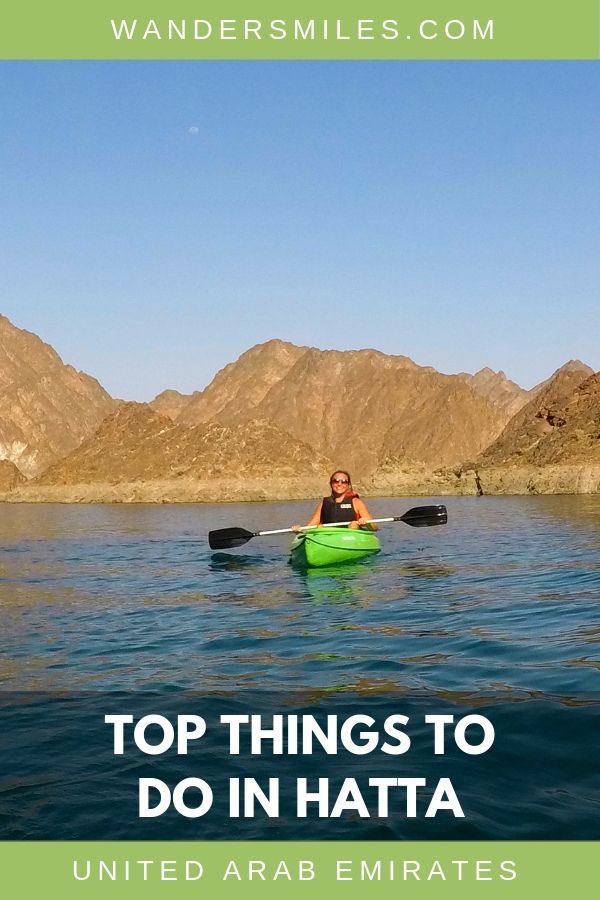 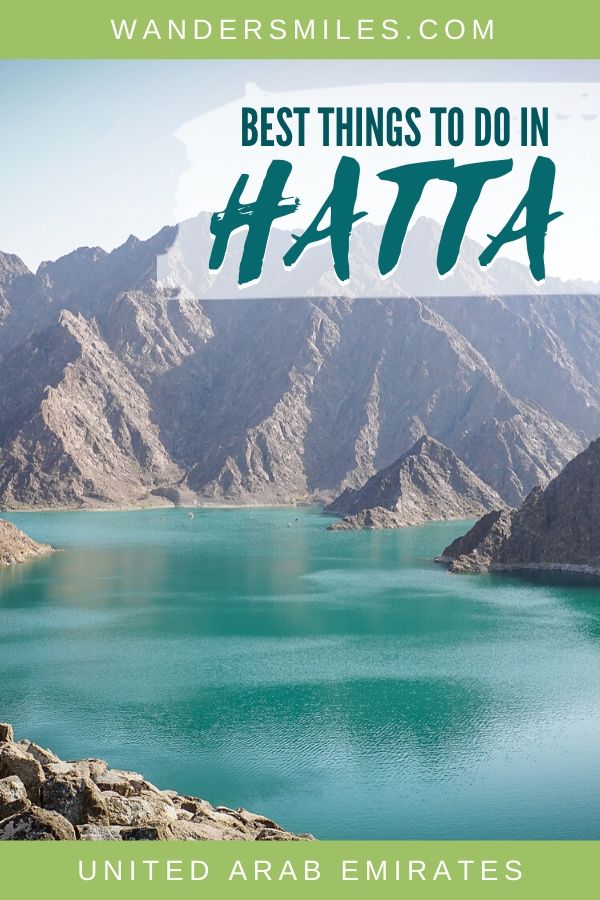 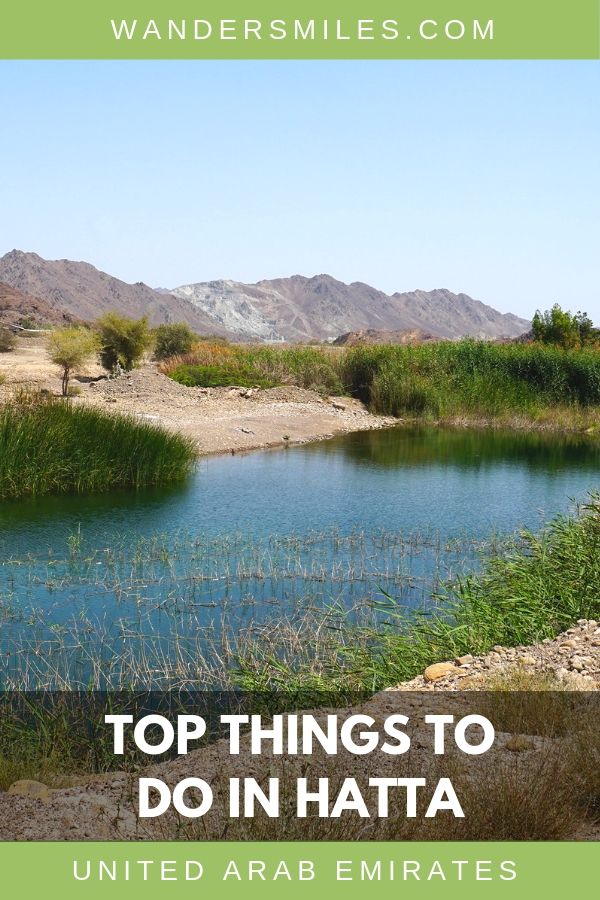 I'm a digital marketer with a hunger for travel ✈ Find me wandering off-the-beaten track or trekking up a mountain ✈ Join me around the globe, one adventure at a time.

6 incredible things do in Qeshm | Iran

How to get the Dead Sea experience |...

Wow this is a side of the UAE I could really find myself exploring! The landscapes are incredible!

These activities sound amazing! My time in the UAE was limited to one day in Abu Dhabi, so I had no idea there were so many nature activities to be experienced.

I honestly had no idea you could do this stuff in the UAE. I guess it is much more than shopping and luxury hotels. Thanks so much for sharing.

Somehow, I must confess that I imagined the United Arab Emirates only as glitzy cities full of rich sheiks (and tourists). I had never thought that they stretch far beyond the city limits to include locations like the Hatta Valley, with its many attractions. Thank you for this eye opener!

To be honest I had never heard of Hatta. And I am most certainly keen to know how Dubai was a few thousand years ago. So
Hatta Heritage Village is on my list now, thanks to you.

Natural beauty, mountain lakes, kayaking, mountain biking – none of this is something I’d associate with United Arab Emirates or Dubai. So interesting.

Looks like a lot of fun. I have been to Hajjar mountains while I was in Sharjah going to Khor Fakkan coast. I did not know Hatta would be so close by.

Wow, I’d love to kayak there 😀 And I bet the hiking is great as well. I love the pics from the lake.

I thought Dubai is all skyscrapers. The water in the photos look magnificent. It is, indeed, turquoise! I’ve never head of Hatta but it is amazing it offers both mountain and water adventures.

Hatta sounds amazing and just what I would look for if I was visiting UAE. I’ve been frustrated by Dubai because I didn’t find any heritage and I love the sound of the Hatta Heritage Village for that reason. But the outdoor activities sound great too – particularly the Kayaking. Is the heat a problem