The Sheikh Zayed Grand Mosque is one of the largest mosques in the world and should be on the top of your list of things to do in Abu Dhabi. Be in awe of the unique architecture, spectacular minarets and divine details as you wander round. If you are planning on visiting Sheikh Zayed Grand Mosque, this guide will give you all the tips you need before you go. 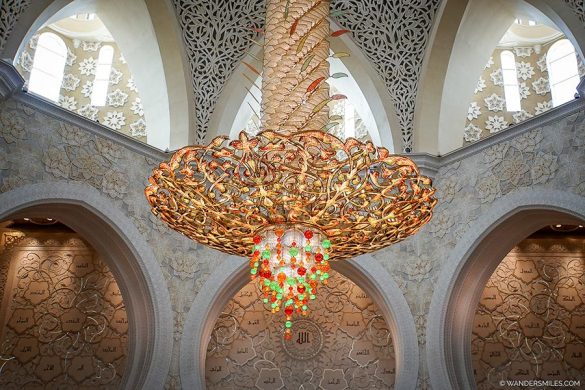 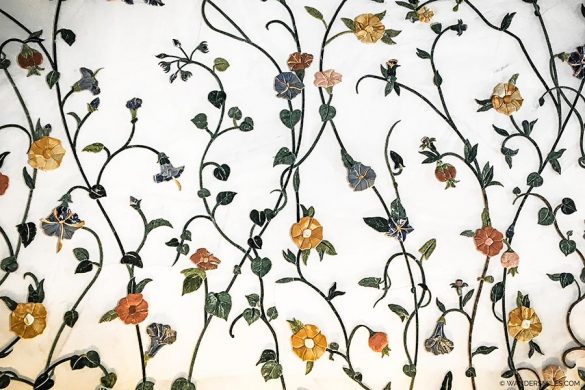 How to get to Sheikh Zayed Grand Mosque

BY CAR: Visiting Sheik Zayed Grand Mosque is pretty easy but I do recommend putting it into Google Maps, there’s a few wrong roads that can have you driving around for a while. It is located on Sheikh Rashid Bin Saeed Street, Abu Dhabi – CLICK for directions to Sheijh Zayed Grand Mosque

BY BUS: From Abu Dhabi, the journey takes 45 minutes on bus 032 or 054. From Dubai, you need to get the bus from Ibn Battuta Metro bus stop to Abu Dhabi Bus Station which takes 1h 30m and pick the bus up from there.

ORGANISED TOUR: Travelling from Dubai, booking a half day tour takes the stress away with round-trip transfers from your hotel in Dubai with a professional guide thrown in too! 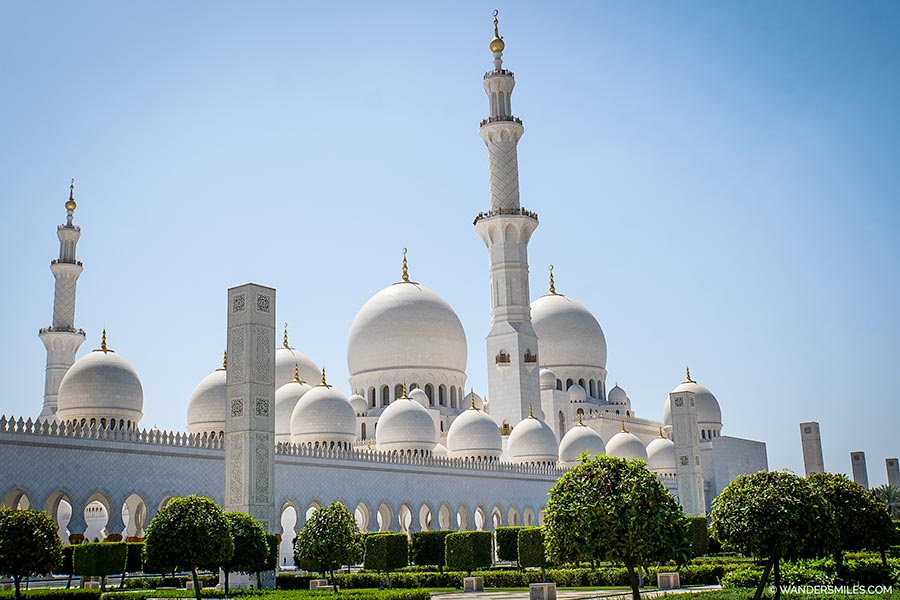 If you wish to visit in in the Holy Month of Ramadan, opens hours are from 9am – 3pm, from Saturday to Thursday with last admission at 2:30pm.

Choose your time of day wisely

My first visit was in the middle of the day and wearing the abayas felt a little bit like being in a greenhouse. My second visit was later in the day which was cooler but not cold by any means and we got to see the sunset behind the beautiful structure as we left.

Only take essential items with you

On arrival, you’re split into 2 queues; male and female. You will go through metal detector before entering the mosque so take the basics to avoid holding up the queue. Believe me, I’ve been that person behind the woman with her kitchen sink in her bag and not 1 but 3 bottles of perfume. Bring your camera and phone, leave the rest in the car.

Dress conservatively and think loose fitting clothes. Men should not wear shorts. Remember you’re visiting the mosque not the beach.

Ladies, you will be given an abaya if your attire is deemed inappropriate. After the metal detectors, you are guided to a side room full of standard issue abayas for your use.

The abaya that is handed to you may not necessarily fit well but keep moving. The sheer length of my abayas was out of control, I envisaged tripping over and face planting on the marble. We tried various ways to combat this such as holding the extra length and fashioning a knot at the hip until a guard politely shook his head at our new look and kindly advised us to tuck it into the waist of our shorts. Perfect answer, he’d clearly come across this before from daft Westerners.

Wear slip off shoes as you need to remove before entering the mosque. Stating the obvious but go for flats not heels!

Sunglasses are also a must to cope with the mix of the sunshine and the glaring white marble. 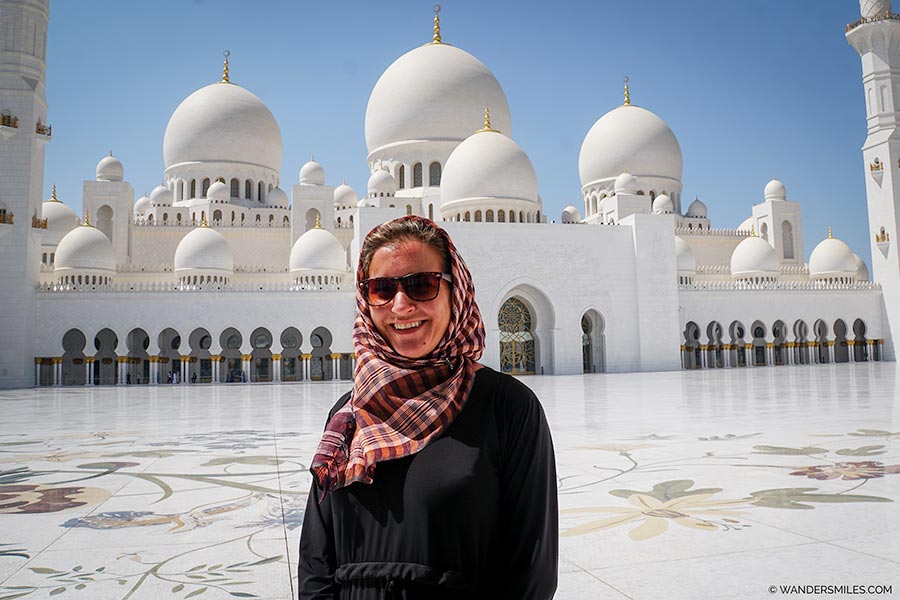 Abide by the rules on your visit; no touching the Quran as a non-muslim, avoid affection, keep your hair covered as a woman either with the hood of the abaya or a scarf and keep your voices low, this is a place of worship.

The 30 minute free guided tours of Sheikh Zayed Grand Mosque happen are every hour from noon-8pm on Sun-Thurs and less frequent on Friday and Saturday. There are 45 minute tours also, so best to check the Grand Mosque website for current schedule before you leave.

Unlike most attractions in the UAE, visiting Sheikh Zayed Grand Mosque is free to enter so what are you waiting for? 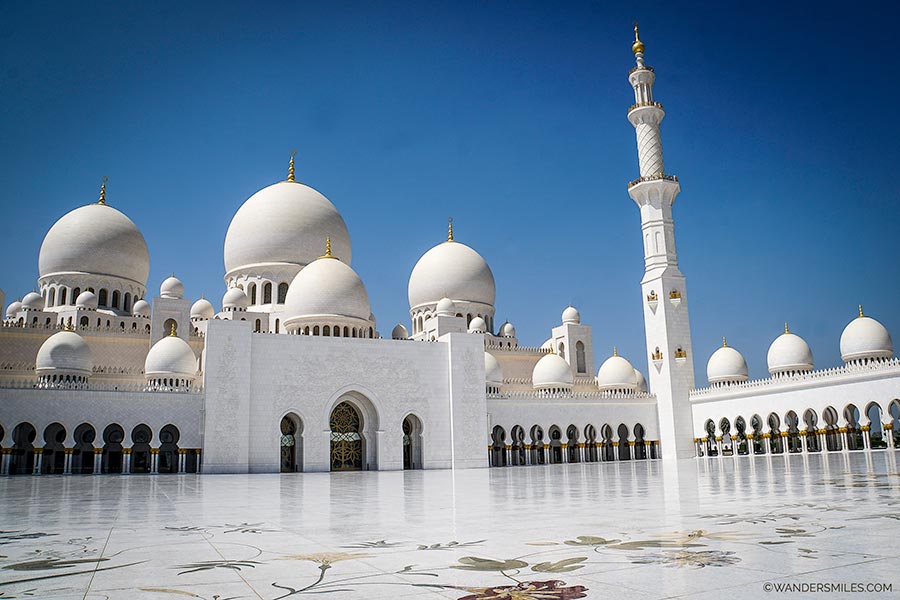 PIN IF YOU LIKED IT! 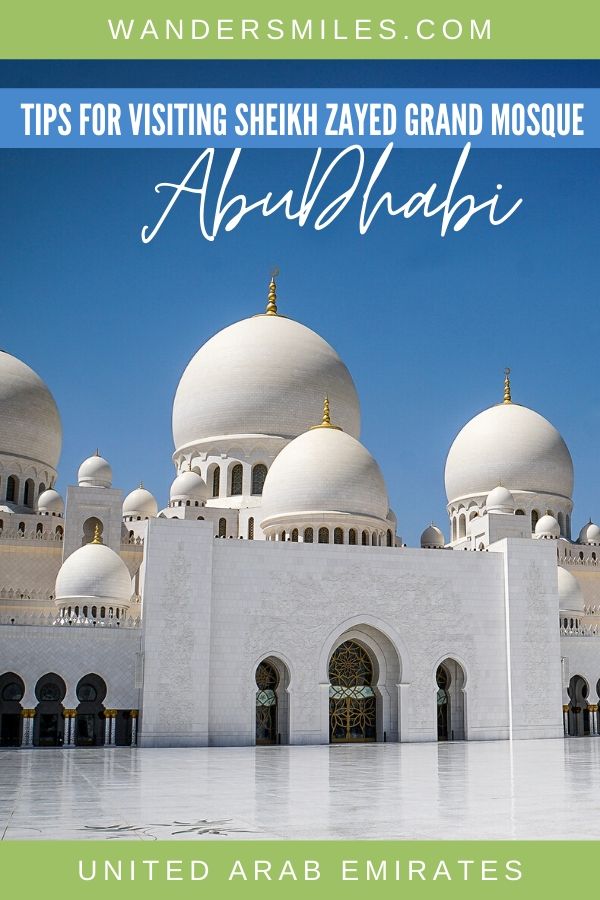 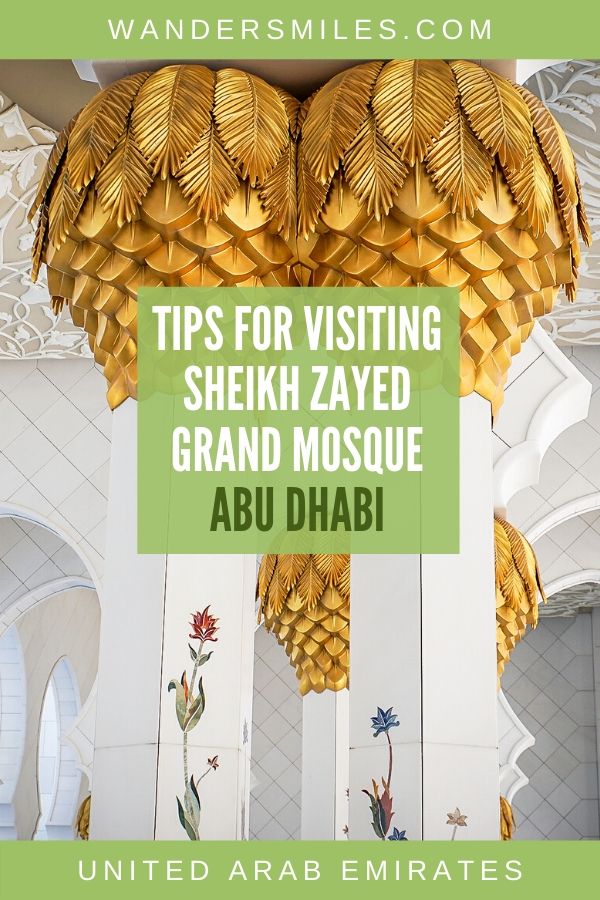 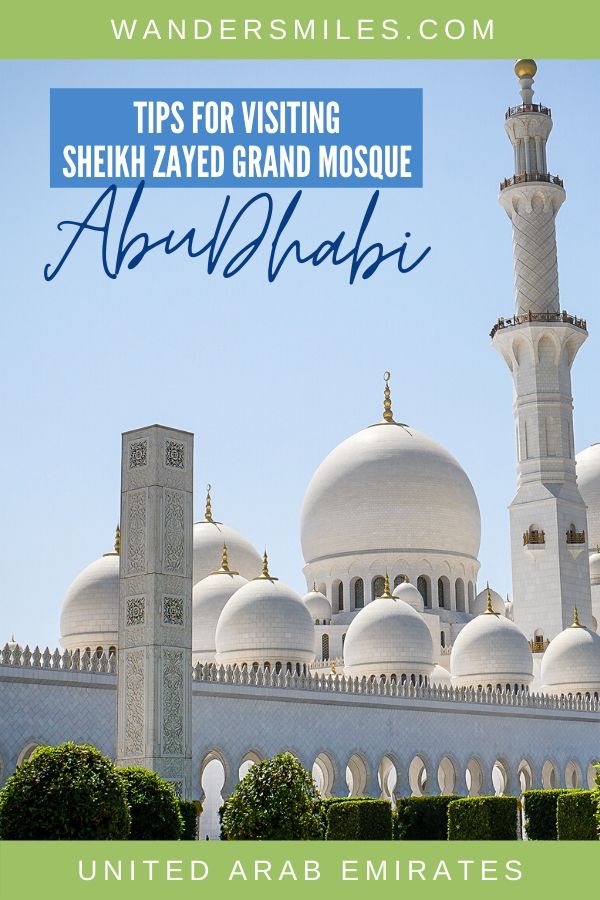 I'm a digital marketer with a hunger for travel ✈ Find me wandering off-the-beaten track or trekking up a mountain ✈ Join me around the globe, one adventure at a time.

How to get the Dead Sea experience |...

I’ve just been visiting mosques all over Istanbul and fallen in love with them and now I read about the greatest one of them all? Plane tickets are getting booked very soon my dear! 🙂