Europe is the dream continent to explore for history lovers since the place is filled with historical gems that have been carefully preserved. There are numerous archaic landmarks in Europe that attract thousands of tourists to the European region every year.

If you are a history enthusiast aiming to explore some of the famous historical places in Europe, then you are at the right place.

Stonehenge is a well-known historical location on the Salisbury Plain that remains a mystery to this day. The unusual stone circle was created in the late Neolithic era, approximately 2500 BC, as an early henge monument. During the early Bronze Age, a large number of burial mounds were constructed around the region. As part of a World Heritage Site, Stonehenge is joined by Avebury and a unique array of ancient buildings.

Ancient Britons constructed these stones 4,000 years ago, and no one knows why. People aren’t sure whether this was a place of worship or a place of burial. Inquiring minds may question how these big stones were formed in this particular location. Visitors can’t view or touch the stones since they are protected. Tourists may be adequately astonished by the building with just a nearby viewing platform. 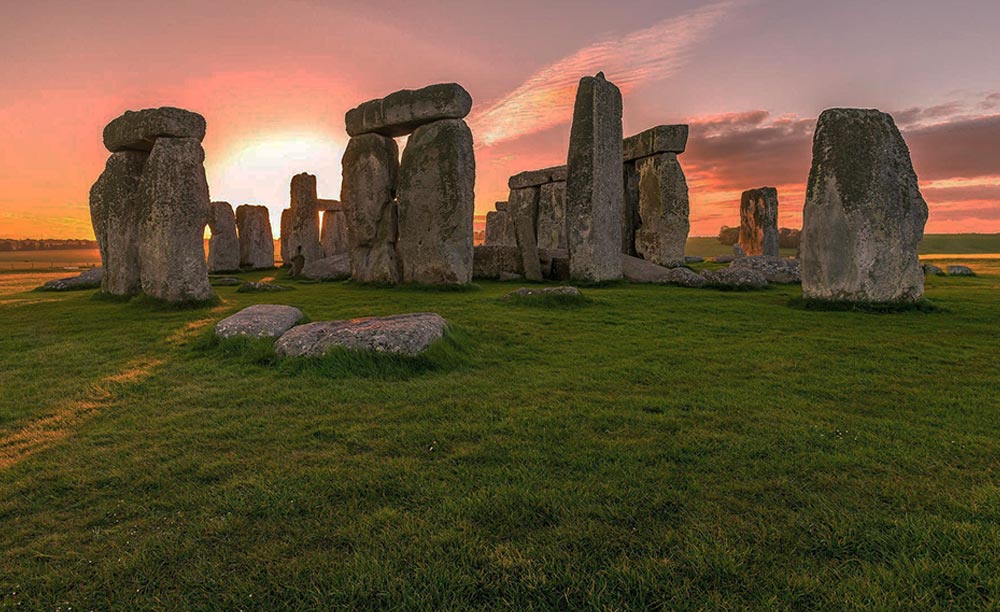 A UNESCO World Heritage Site, Lascaux has more than 500 ancient wall paintings from the Upper Palaeolithic period, or around 20,000 years ago. Located near Montignac in Dordogne, this historical landmark is filled with remarkable drawings portraying enormous monsters that formerly roamed the area and are consistent with fossils recovered from the region. These artworks cover the whole space, including the ceilings and walls.

For a time, the original Lascaux had been open to the public, but the carbon dioxide emitted by visitors had severely damaged its artwork, so the space was restricted for public visits. Now, visitors can go to Lascaux II, a meticulous replica that uses the same techniques and pigments as the Cro-Magnon artists who decorated Lascaux I.

It’s not only the Italian cuisine that’s renowned across the globe, but the country is also famous for hosting the largest historical reserves from the Roman empire. One-third of Italy’s land area is occupied by Roman ruins. One of the most famous of these ruins is the Colosseum, an amphitheatre built by the Romans.

During the reign of Vespasian, the Roman Emperor, the building of the Colosseum began about 70AD. Construction of the Colosseum began during Vespasian’s control in 72 and was finished under Titus’ administration in 80 AD. Finalized at a length of 188 meters by a width of 156 meters and a peak height of 57 meters, the Colosseum was the greatest Roman amphitheatre. The Romans utilized the Colosseum for a wide range of sporting and cultural activities, but it finally grew outdated and was torn down by the Romans.

At present, Colosseum and Vatican City are two of Rome’s most popular tourist attractions attracting an estimate of about 6 million people every year.

The Leeds Castle has been dubbed as the ‘loveliest castle in the world’. A small island in the middle of the River Len is home to Leeds Castle, an English castle dating back to the 12th century. With the acquisition of the castle by King Edward III of England in the thirteenth century, it was turned from a stronghold to a palatial residence.

Located in the middle of the river, this Romanesque building majestically towers over the sea. Visitors are enchanted by the castle’s sumptuous interiors and lovely location. Several films, including The Moonraker (1958) and Purge of Kingdoms (1998), have also been filmed at Leeds Castle due to its worldwide popularity. 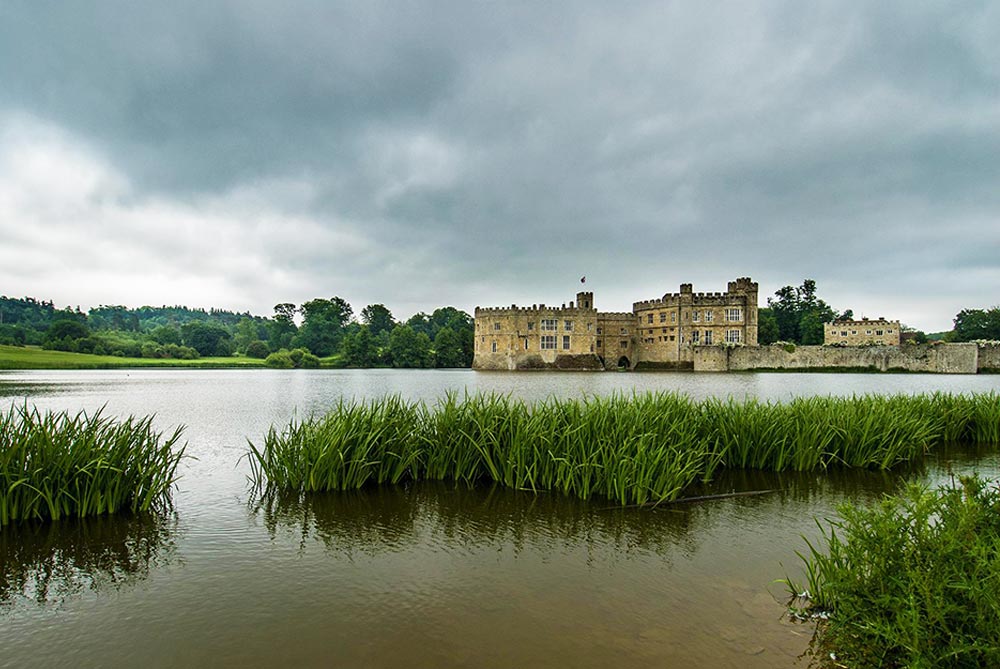 One of the oldest universities in English-speaking countries, Oxford University’s origins remain a mystery. The university is believed to be built in the 8th century when the first abbey was built in the place. The teachings at this place started around the eleventh century, and the university soon grew to prominence as a renowned educational institution in Europe. The university also scored royal financing in the thirteenth century.

Oxford University, as one of the world’s most prestigious institutions, is still home to some of the greatest brains in the field. Academics and history buffs alike should not miss this marvelous exhibit while traveling Europe.

One of Spain’s most famous castles, Alcazar Segovia, is located in Segovia and is also one of the top five most visited castles in Europe. The castle’s beautifully crafted spires and turrets give the impression that it was plucked straight from a fairy tale. The Guadarrama Mountains and the clifftop location of the castle make for an interesting backdrop.

In the twelfth century, King Alfonso VI ordered the construction of the castle as a royal residence. Emperor Alfonso VIII, on the other hand, was the first to call the citadel home. An extensive gothic restoration took place in the late sixteenth century and can still be observed in the castle today. As a state prison in the eighteenth century, the castle was turned into a Royal Artillery Academy by King Charles III in 1762.

Previously, the castle served as a military museum and archive. This dreamland castle is one of Europe’s most famous tourist attractions because of its historical significance and stunning surroundings, which attract visitors from all over the world. 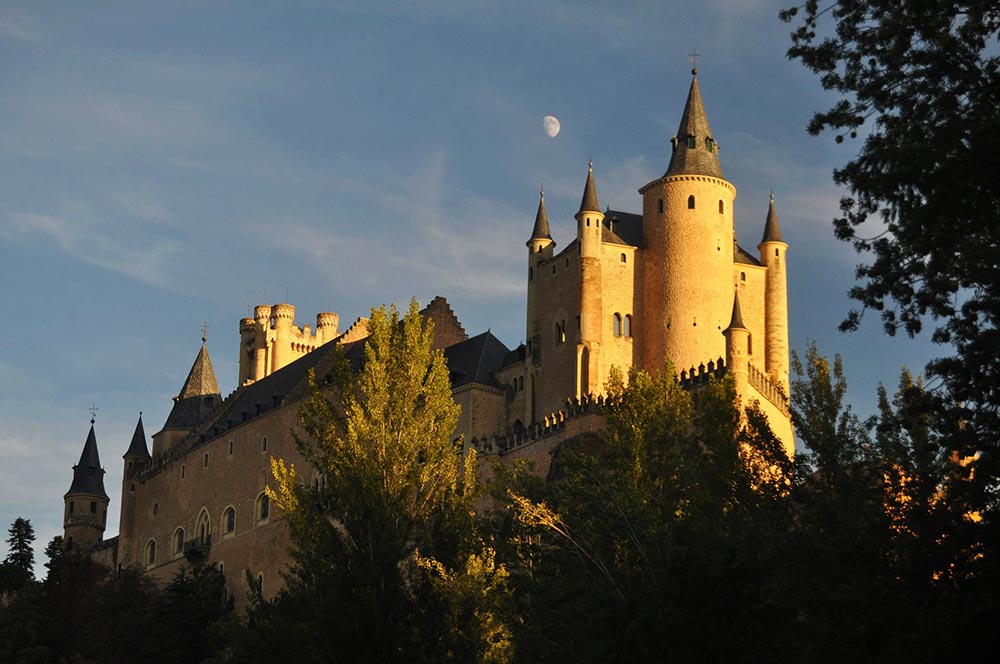 The 12th-century Edinburgh Castle is one of the country’s most significant landmarks visit in Scotland. Edinburgh Castle has a long history of royal residences. Originally built in honor of Queen Margaret, the chapel of St. Margaret is the oldest part of the castle. In the seventeenth century, the castle became an important military garrison for the monarch.

Visitors are welcome to see the castle, which has Romanesque architecture on a par with other medieval castles. You will get to witness Scottish architecture blended with the medieval influences borrowed from neighbouring regions in Europe. 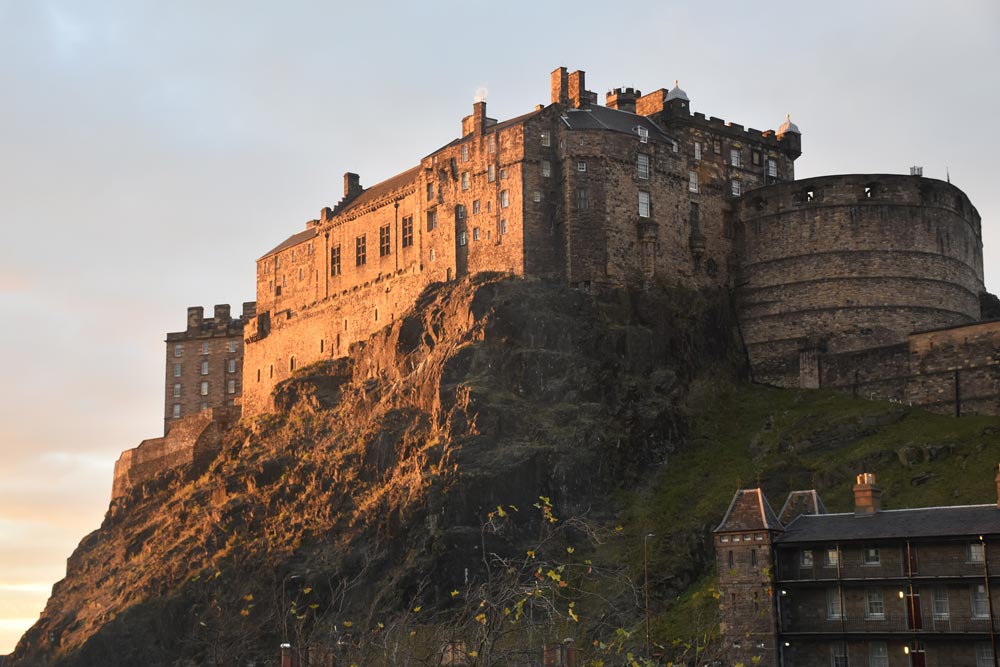 Another prominent historical landmark in Europe is the Castle of Prague. Prince Boivoj’s family started building the Prague Castle in 880. This kind of early medieval fortress was well fortified by a moat surrounded by a rampart of clay and stones. The earliest fortified building in the city was the Church of the Virgin Mary, built in the 12th century. Two further churches were erected in the first half of the 10th century, one for St. George and one for St. Vitus.

Prague Castle functioned as both the seat of government and the Catholic Church’s representation in Prague throughout much of the 10th century. Similarly, a Benedictine convent adjacent to St. George’s Church, the earliest monastery in Bohemia, was founded on the grounds of Prague Castle.

During Rudolph II’s reign in the second half of the 16th century, castle adaptation reached its peak. A magnificent imperial capital was built at Prague Castle when the Emperor of Austria made it his permanent home. To house his cherished art and scientific collections, he constructed the northern wing of the palace, which contains the Spanish Hall of today.

Additionally, Prague Castle serves as a notable cultural and historical attraction. There are several rare antiques, historical records, and relics of past Czech monarchs housed at Prague Castle, including the Crown Jewels. There are still big national events held inside the city’s walls. Thus, for the Czechs, Prague Castle is a link that connects the country’s history with its present. 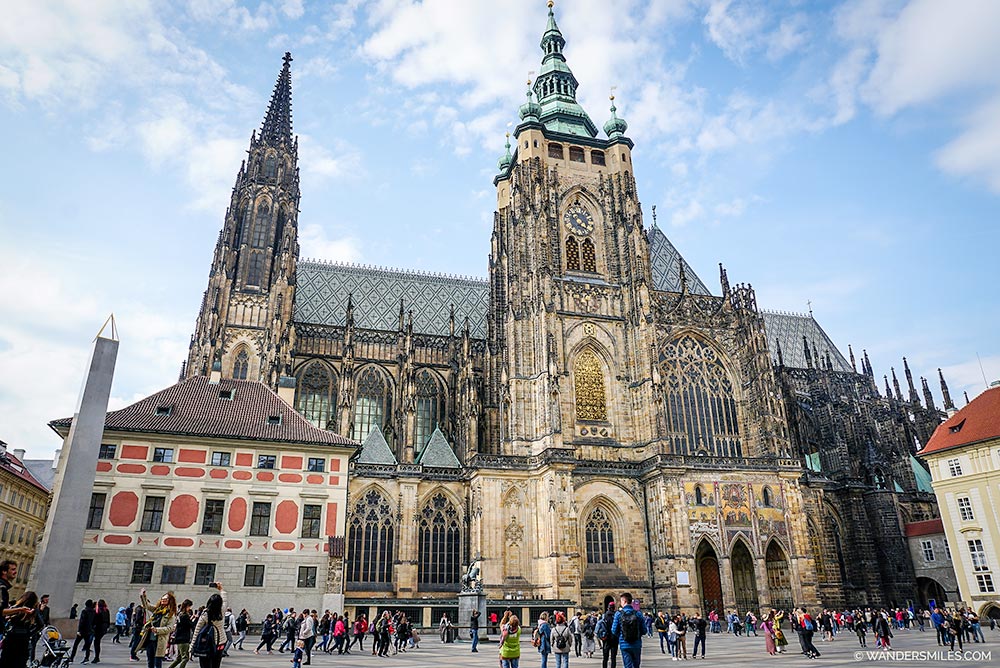 Historical and cultural treasures are housed on Wawel, a limestone hill overlooking the Vistula River in the centre of Krakow. Polish national identity is shaped by this awe-inspiring house of worship, which serves as a cultural and historical landmark. Wawel was the necropolis and mausoleum of Poland’s rulers while they governed and shaped the country’s history.

An 11th-century ruler’s abode was built at Wawel by Boleslav and Mieszko II in the first half of the era. The Romanesque palace complex’s centrepiece, a two-story hall with 24 pillars, was built in the second half of the 11th century.

At present, among the best-preserved Renaissance rooms in the whole castle can be found on the first floor of the east wing. The wing includes the display of Italian-painted friezes representing famous figures for the vault and wall decoration. 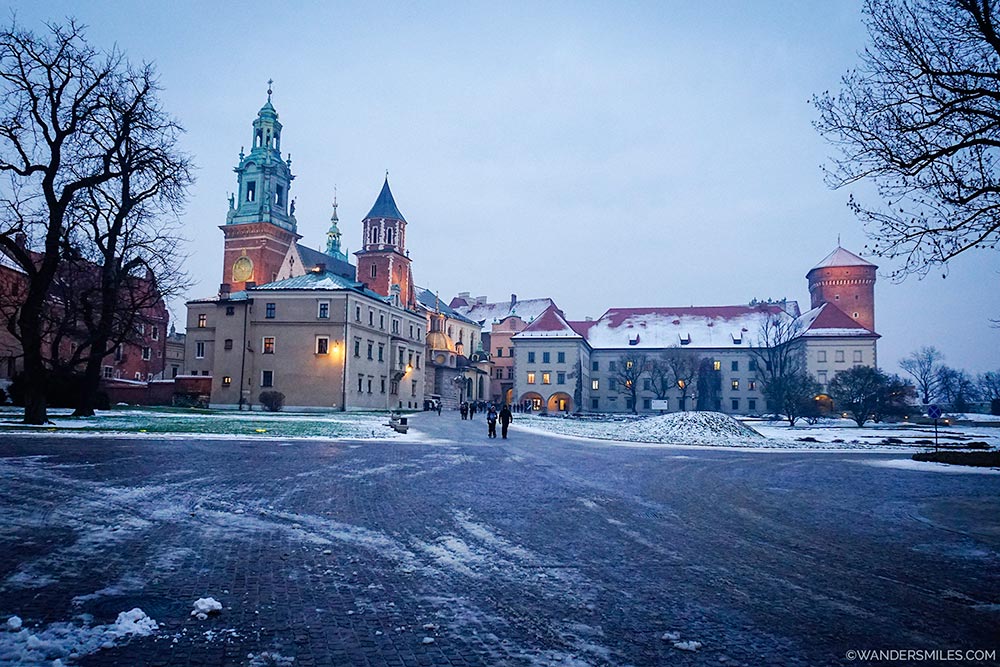 Architecturally and aesthetically pleasing, Neuschwanstein rivals Alcazar Segovia in Germany. Located in the Bavarian Alps, this castle seems to have been plucked from Disney films. It’s safe to say that Neuschwanstein Castle is one of Europe’s most popular castles with its sky-reaching turrets, royal halls, and towers.

Although he did not live to see it completed, King Ludwig II is said to have ordered the building of the fortress. This castle was never used as a royal residence. But after Ludwig II’s death, it became a major tourist destination in Germany since it was opened open to the public a visit.

Visiting this castle, you will find yourself awestruck by its unworldly architectural beauty and carefully preserved history, which makes it one of the most popular destinations to visit in Europe.

With Neuschwanstein castle, we conclude our list of 10 famous historical places to visit in Europe. Let us know in the comment section which places attracted you the most or the one that you would like to visit while traveling Europe. 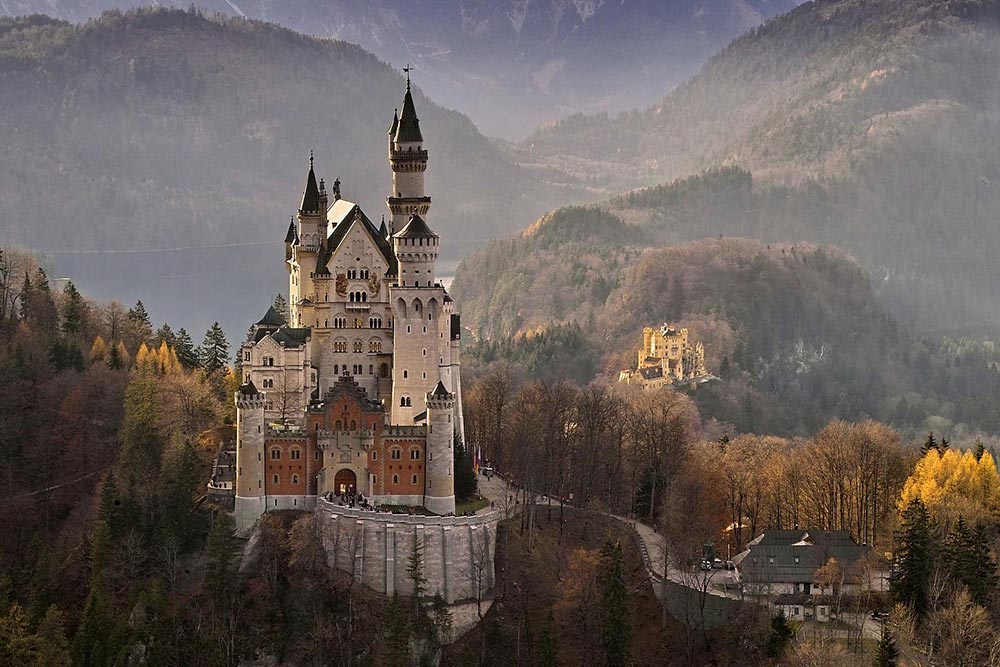 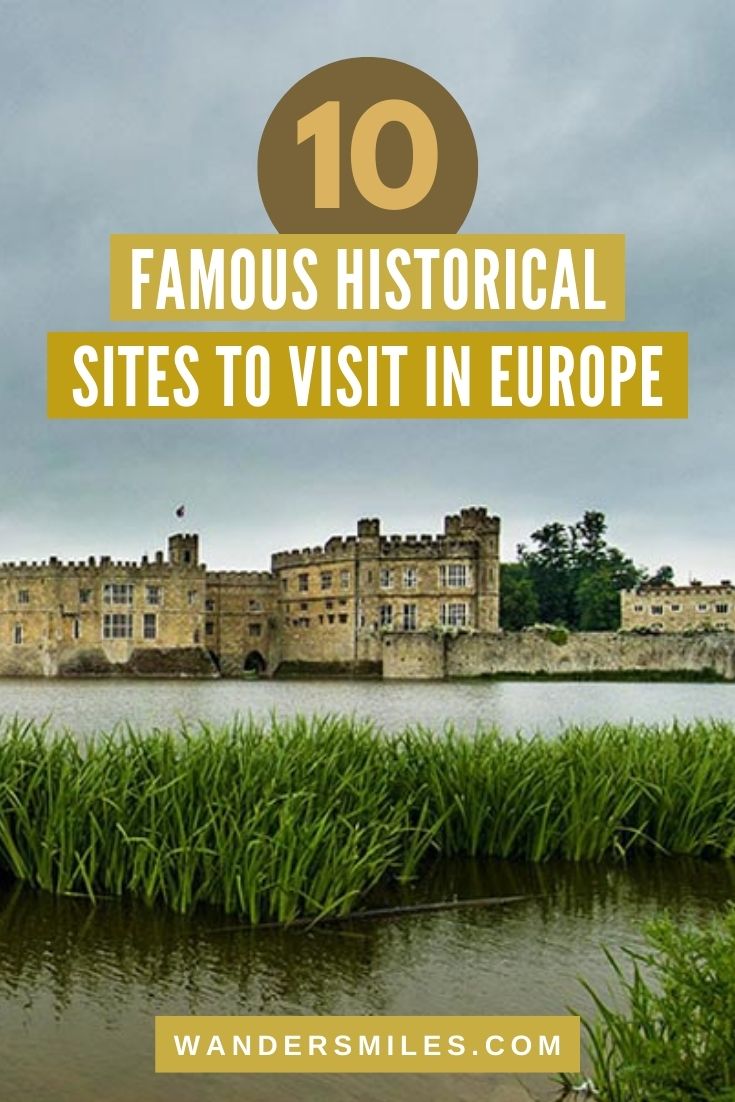 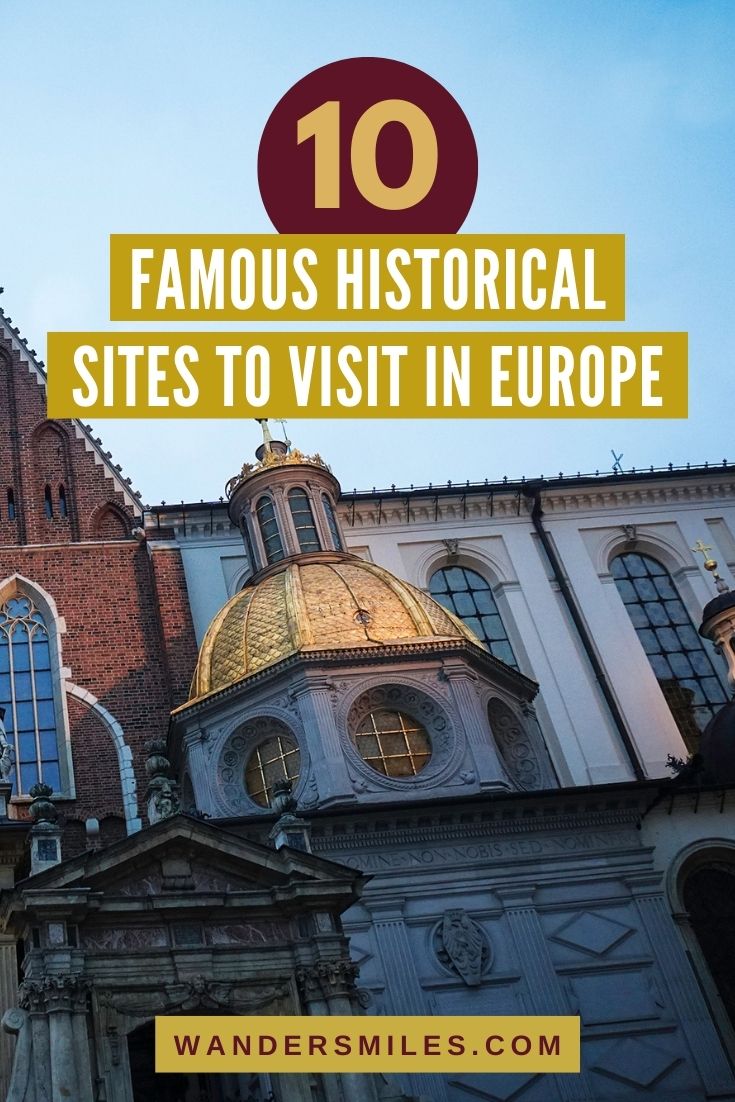 Zunaira is an architect and designer on paper, but a writer at heart. She has a Bachelors in Architecture and a passion for traveling, both of which combine in her writings about timeworn castles and fortresses that have withstood the tests of time and stand proud to this day.