Wanders Miles World Adventurers Series would like to introduce Alex Reynolds from Lost With Purpose. She is an American travel photographer, writer, and full-time backpacker who’s traveled to more than 50 countries. She’s scrambled up dusty fortresses in Afghanistan, watched gods dance in South India, followed spirit dogs through the Caucasus mountains, and smoked with shamans in Pakistan. Her travel blog, Lost With Purpose, serves as a guide to help others do the same.

These days, she can usually be found with a pack on her back and a camera on her hip, wondering if it’s acceptable to eat kulfi twice in one day.

The perfect adventure is totally spontaneous, with no solid plans. Ideally somewhere with delicious air and a whole lotta greenery.

Name your top 3 adventures/destinations? And why were they so special?

Bhutan was a dream: picturesque little houses on the edges of mountains, endless forests yet unspoiled, a culture well preserved and cherished. Because of the cost of visiting Bhutan, I never expected to go there any time soon… but then I was hired to promote a tour company there, and got a chance to travel around Bhutan for more than 3 weeks. Talk about a dream come true!

Bangladesh was a proper adventure. My first challenging destination as a solo female traveler, it often pushed me to my limits in terms of patience for the patriarchy, bureaucracy, and general human indecency. Despite all that, I had a blast there; the people are immensely hospitable, traveling by public water transport was an intriguing change of gears, and I do admittedly like a good challenge when it comes to my travels.

Of course, Pakistan holds a special place in my heart. It’s an adventure traveler’s dream: soaring mountains, dusty plains, endless surprises, and the most hospitable people in the world. I’ve been back four times already, and I’m plotting a fifth visit already. If you’re an experienced traveler, I can’t recommend it enough. Do you have any scary moments or funny stories to tell?

Well, there was that time in Afghanistan when a traveler friend and I were in the apartment of our Couchsurfing host in Kabul. Our host had stepped out to buy some groceries and told us not to open the door for anyone except him.

Maybe 20 minutes after he left, someone started pounding on the door and shouting. We opened the door a pinch to see who it was and what was going on, and a massive armed man barged in, demanding to be let in despite our resistance. He began shouting at us, telling us to sit down and shut up, but he wasn’t able to say much else because of the language barrier. I was terrified.

Finally, the Couchsurfing host came back, horrified to see us with a strange and angry man in the apartment. The man began to shout at him, too, until our host pulled out an ID card showing he worked in a very official office in Kabul. The strange man’s demeanor shifted instantly—butter wouldn’t have melted in his mouth.

Turns out he was part of the intelligence services and was coming to figure out why two foreigners were lurking in a random apartment in Kabul. To appease our official host, he pretended he was concerned about our safety, saying that’s why he was checking up on us. I didn’t buy it one bit… but hey, at least he wasn’t Taliban I suppose. 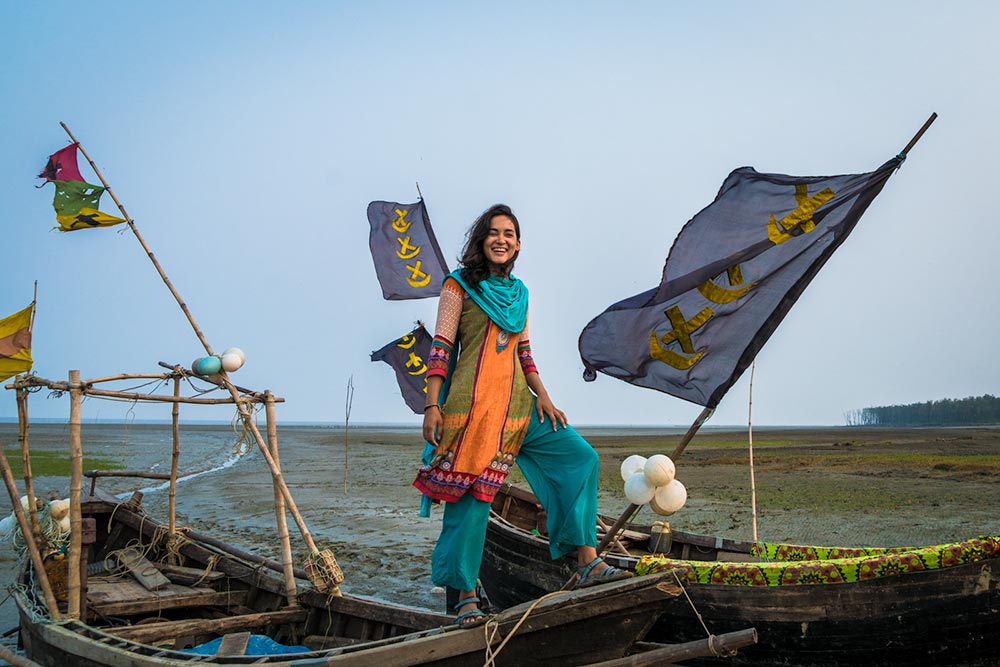 What 3 things have your travels taught you?

What shocked you most about some of the ‘high-risk’ destinations you’ve visited? 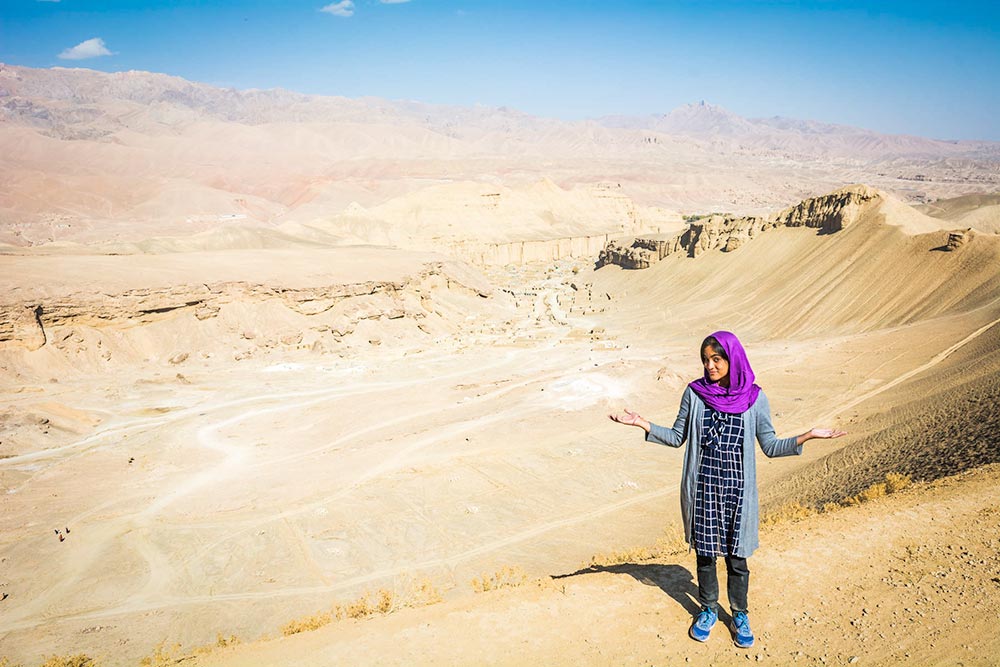 Afghanistan was an intense ride. It’s a beautiful country in many ways, but it’s hopeless in many others.

I often felt defeated by the state of things while in Afghanistan… and I was just a visitor. While there, I met people who’d been kidnapped, who adjusted their schedules to avoid being bombed, who’d lost friends to bombings and family to shootings. Yet they still had the strength to go on, to persist and seek a normal life in lieu of all the terrible things they’ve seen.

Afghanistan is a testament to the resilience of humans, the strength of their mind. I knew that, despite whatever the news says, people carry on with their lives each day… but it’s one thing to know it in your mind, and another to see it and hear it with your eyes and ears.

How do you keep your backpack light? And what are your travel must-haves?

I don’t buy anything I can’t justify carrying around on my back for months! I also usually travel with only 3-4 shirts and a few pairs of pants.

In terms of backpacking must-haves: I always pack a sleeping bag, a Leatherman pocket knife, and a Steripen for sterilizing water. Gotta cut down on those plastic bottles, ya know?

I really loathe most travel quotes, but there’s one from Proust I do enjoy: “The real voyage of discovery consists not in seeking new landscapes, but in having new eyes.” Travel, in my opinion, is more of a mindset than a physical act.

What advice could you give to aspiring solo female adventurers?

Be bold, be confident, and steel yourself. Traveling alone as a woman is not always a walk in the park, and harassment can happen anywhere. But rather than let that scare you away, carry on. If you give up on your dreams and aspirations because some creeper tried to pull a move on you somewhere, you’re letting the creeps win. We can’t have that, now, can we?

Of course! Going into space is my ultimate dream—I want to see Earth from above and gaze at the stars without the haze of the atmosphere blocking my view.

I suppose that’s a bit out of reach, though. More attainable bucket list items would be Antarctica or Greenland because hellooooo nature, or Japan because I’d really love to eat my weight in dank ramen several times over. That counts as travel, right?

What is the next planned adventure for Lost With Purpose?

Actually… I’m not sure! I’m typing this on a plane flying out of Thailand after a photography assignment with an NGO in the Thailand-Myanmar border region. I’m heading back to the United States to visit some family and friends… but I’m sure I’ll be back in Asia sooner rather than later. 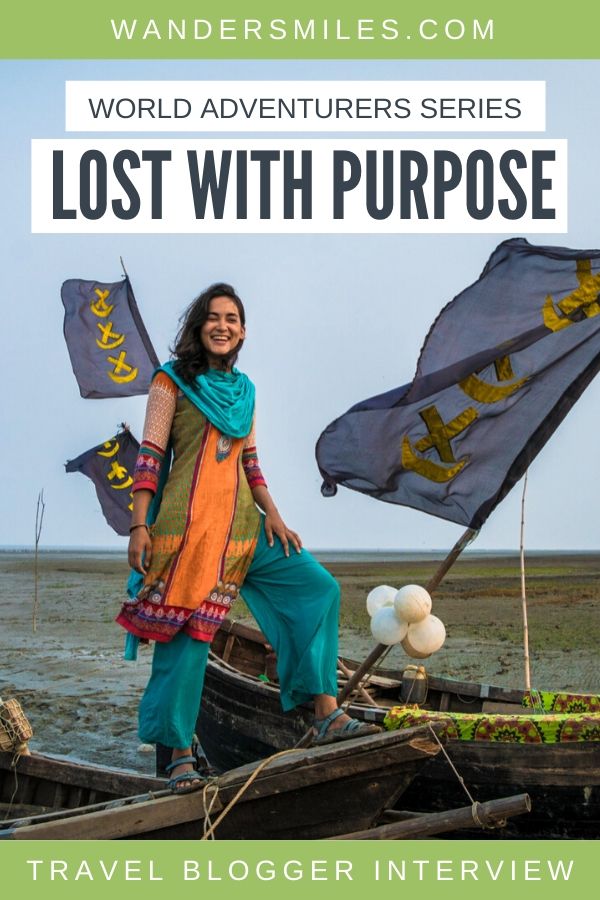 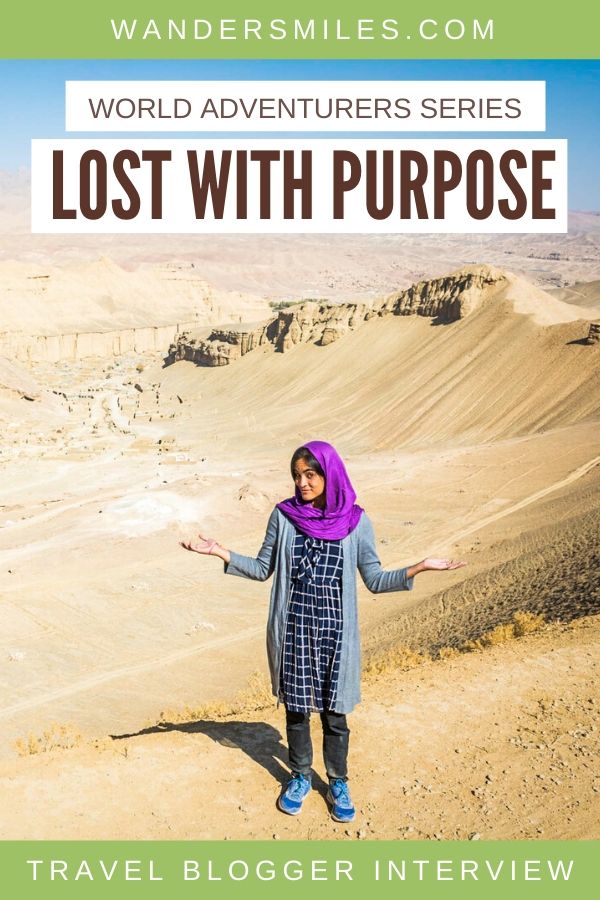 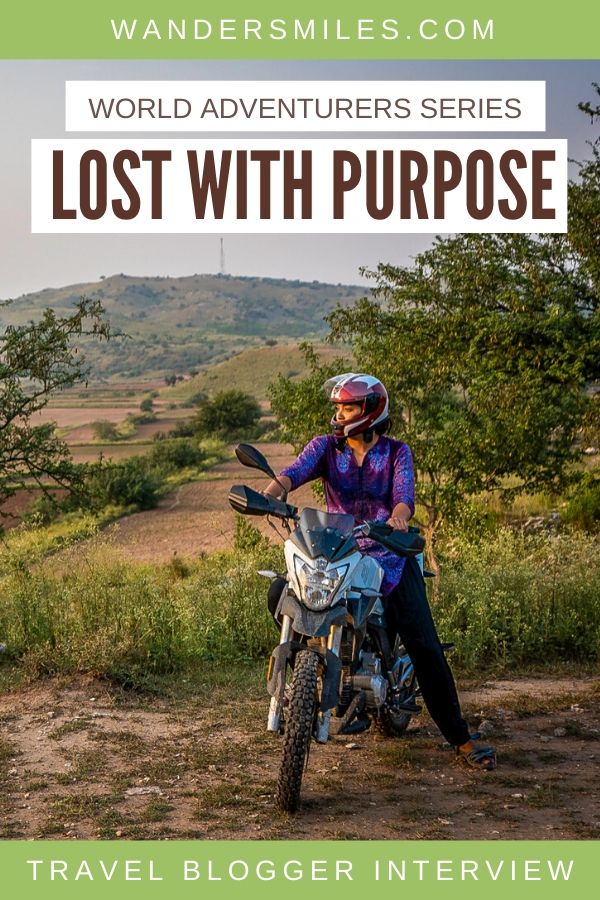 Art of Mindfulness as a Solo Female Traveller...