Erbil is the capital of Iraqi Kurdistan and with only one day to go to check out the things to see in Erbil, we were on a tight schedule. Now mention the word Iraq and people think you’ve taken leave of your senses – do your research to find out about the difference between Iraq and Iraqi Kurdistan who are hoping for independence and have an autonomous parliament.

Erbil dates back to 6,000 years B.C. and has been inhabited, over the millennia, by the Persians, Greeks, Romans, Mongols and Ottoman Turks. Erbil is a very safe city to visit and expect to be greeted by warm and hospitable people.

THINGS TO SEE IN ERBIL

Be amazed in the Jalil Khayat mosque

This Sunni Islamic mosque is the largest in Erbil. Jalil Khayat mosque features external and internal decorations. The internal walls and ceiling look like they could be mosaic but on closer inspection, they are decorated with colourful Zakhrafa (Islamic special painting), scripts of Holy Quran verses, and huge ceiling lamps. The mosque is a fusion of styles, reminiscent of the Muhammad Ali Mosque in Cairo, and the Blue Mosque in Istanbul. 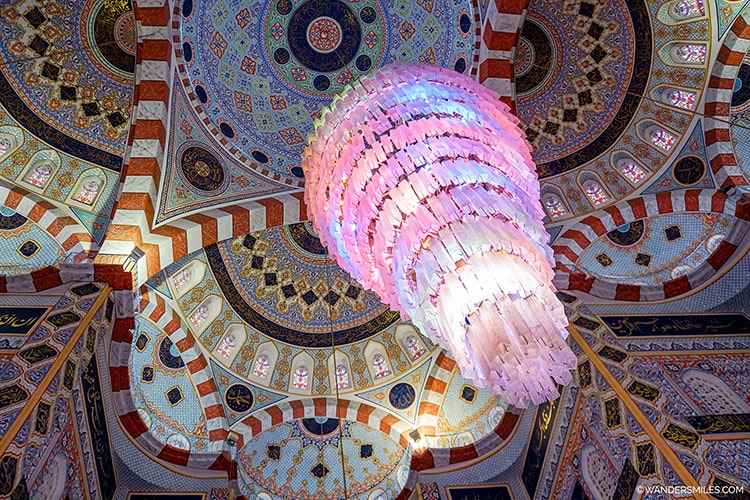 Wander round the historical Citadel of Erbil

Settled more than 8,000 years ago, Erbil Citadel is thought to be one of the longest continuously inhabited sites in the world developed over a tell (archaeological mound). The inhabitants were moved out in an attempt to rebuild the last remains of the fortified citadel which is now a UNESCO-designated world heritage site. There is a local guide there who will show you round the hammam and explain some of the history. There’s a rug museum and antique shop but generally the place is still under renovation as of November 2018. 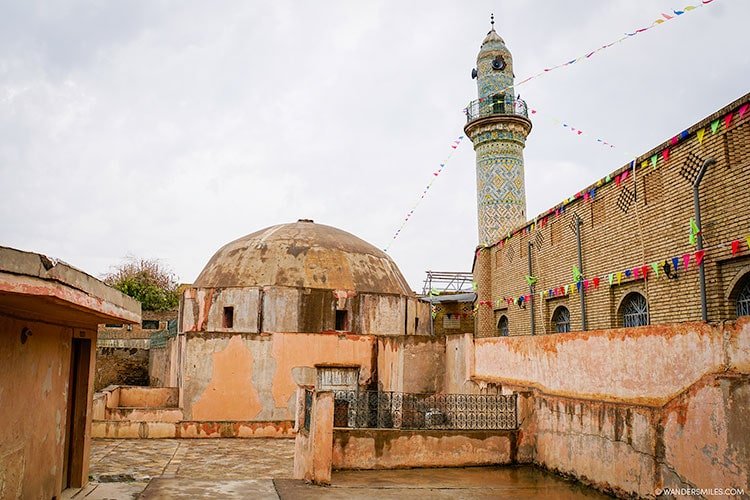 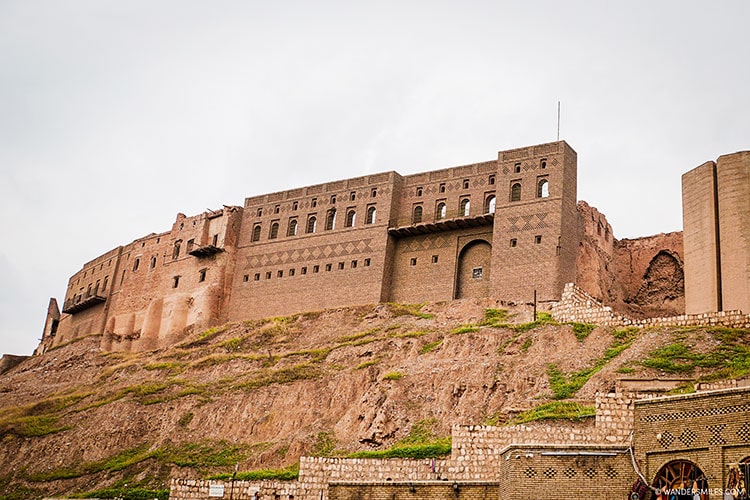 Wander round the Qaysari Bazaar soaking up the atmosphere, marvelling at the Kurdish Delight sweets or select from the most intricate and beautiful hand-made rugs at fantastic prices. As with any of the bazaars, barter you way down to a reasonable figure. Even if you aren’t buying, the buzz of the bazaar is a cool thing to see in Erbil. The bazaar is one of the oldest covered markets in the world and dates back to the Ottoman period. 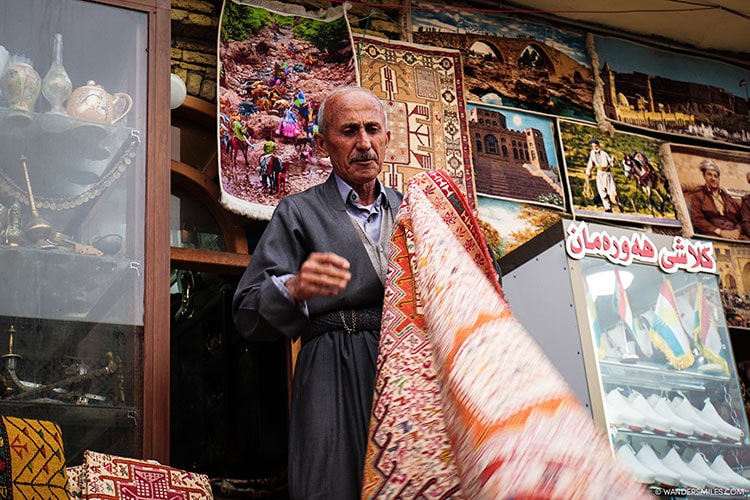 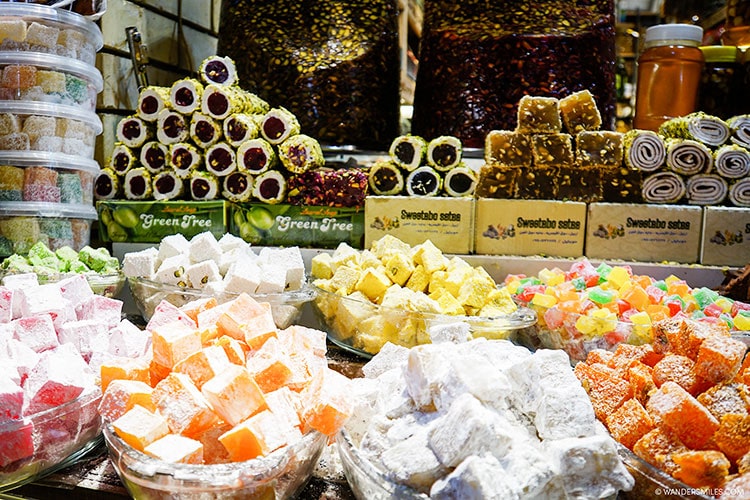 Drink chai with the locals

You will see them dotted on most streets, enter the chai houses for a real Kurdish experience – it is only local men inside who play backgammon, smoke a lot and chat the day away, although it’s ok to go in as a woman too, you just don’t see local women in there. The tea is lava hot and they pour so quickly in such a way that you are sure a good scolding is heading your way. We met a local policeman with big guns who seems quite the celebrity in the city. 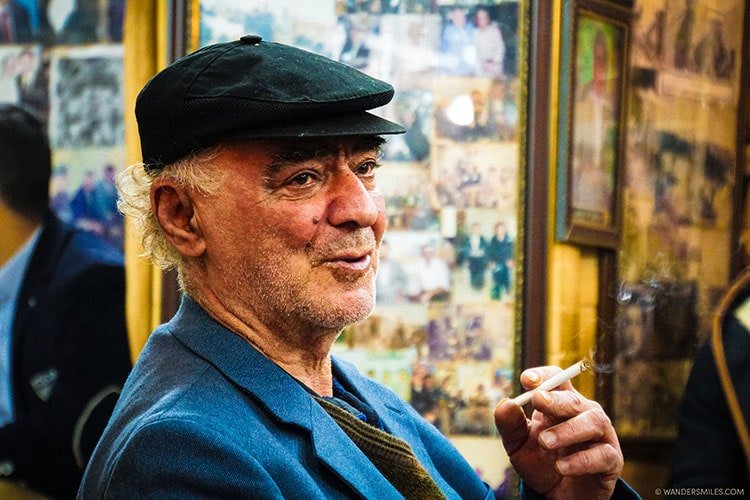 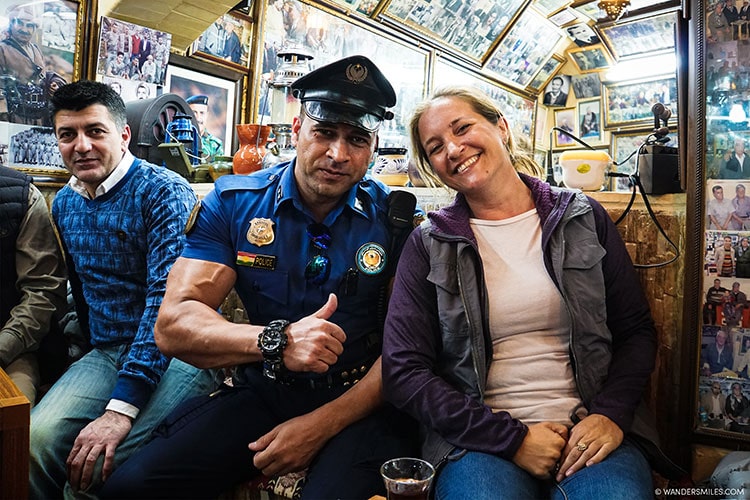 Kurdish cuisine is a party in your mouth

The Kurdish food is so flavoursome with the abundance of herbs. One seating can leave you stuffed between the kebabs, koftas, falafels, biryani, beans, rice, flatbreads, beet & meat soups, salads… need I go on? Being vegetarian could be tricky in Erbil, kebabs are a big thing in Kurdish culture. 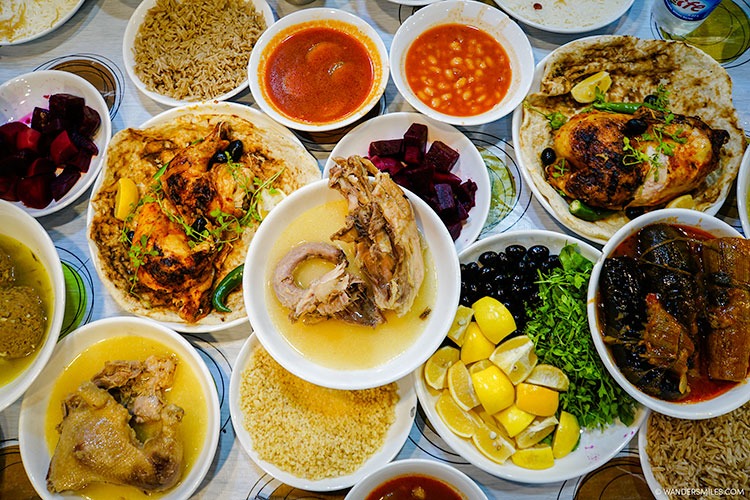 It was winter when we visited but you can see the park would be buzzing in the summer with rides, cable car, outdoor fitness area. There’s a walkway to the lined with statue heads of previous presidents and prolific figures through the Kurdish history. Looks like renovations are in mid flow as many had a lump of plaster stuck to the end of their nose, hopefully awaiting shaping for their nose job. Muzzafariya Minaret dates back to the 13th century and was built during the reign of Muzzaffar al-Din Kokbari hence the name! 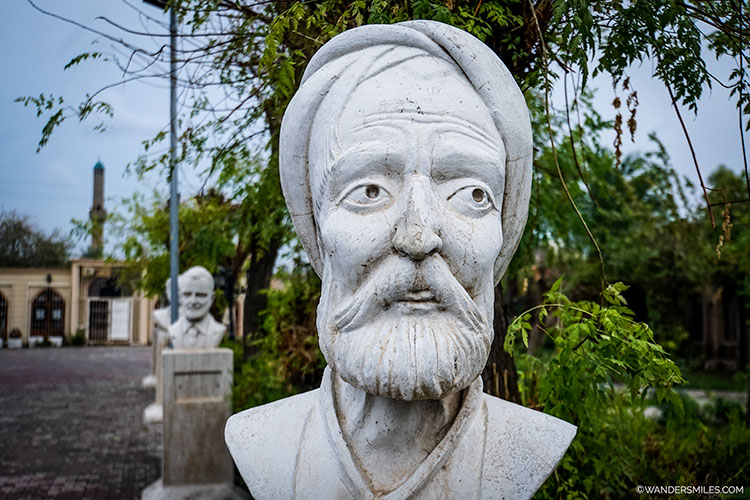 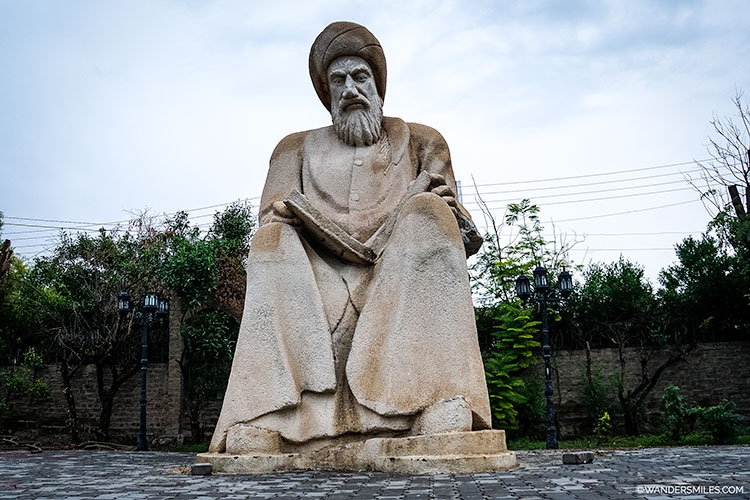 Just outside Erbil’s city limits you’ll find Ankawa, the Christian Quarter, with some gorgeous churches to check out. We were allowed to pop into St Joseph’s Church which was set up for a wedding. Ankawa is an expat area so has more nightlife and a row of off licences along the main street selling a full range of alcohol. 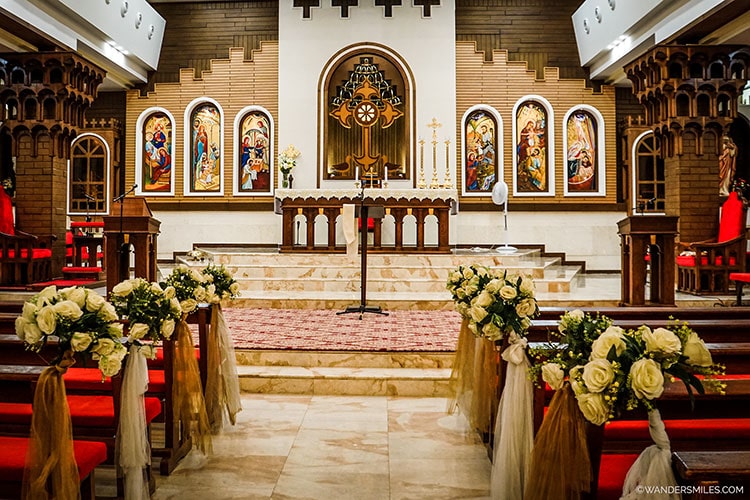 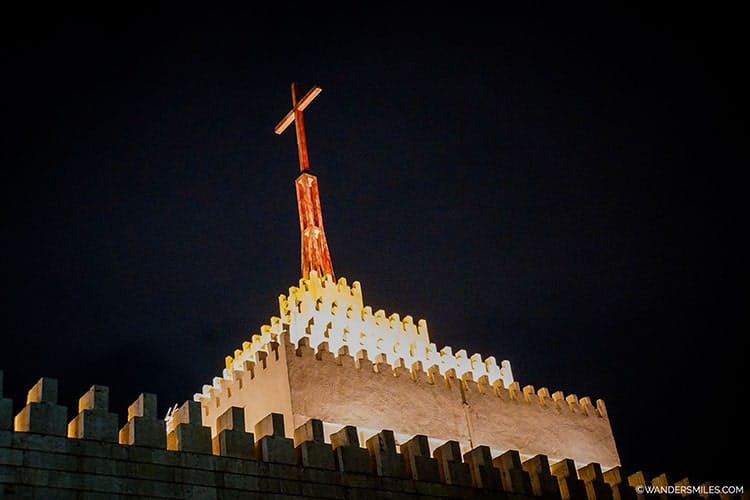 PLAN AHEAD FOR YOUR ERBIL TRIP

50 countries are able to get a free 30 day visa on arrival or apply online. The Kurdish visa, however, does not allow foreigners to travel to other parts of Iraq, beyond the KRG’s administrated areas. More information found here on the Kurdistan visa requirements.

Where to stay in Erbil

Ankawa Royal Hotel & Spa is a great place if you fancy splashing out on high end 5 star. Located in the Christian Quarter, a short walk from Syriac Heritage Museum, this hotel has an indoor pool and spa.

Useful links for your Erbil trip 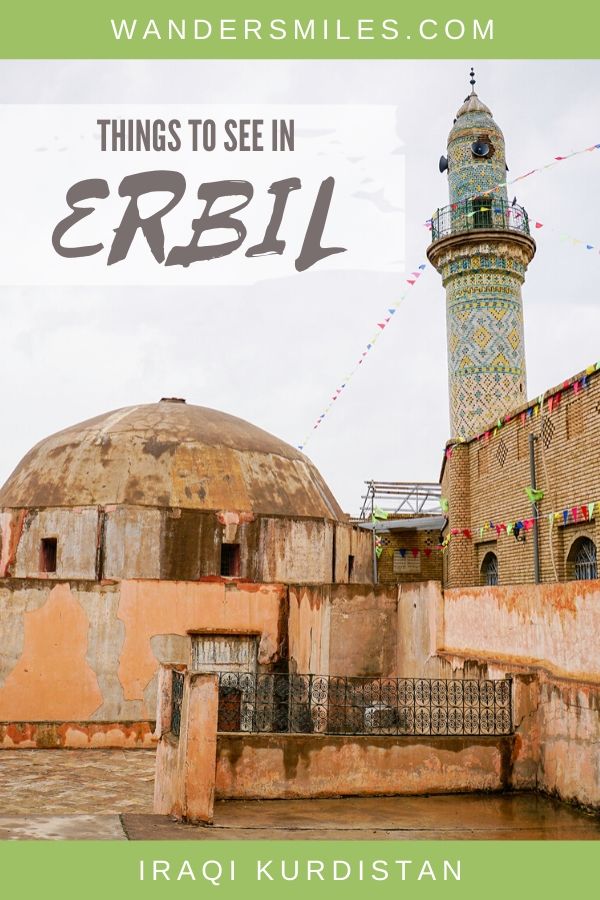 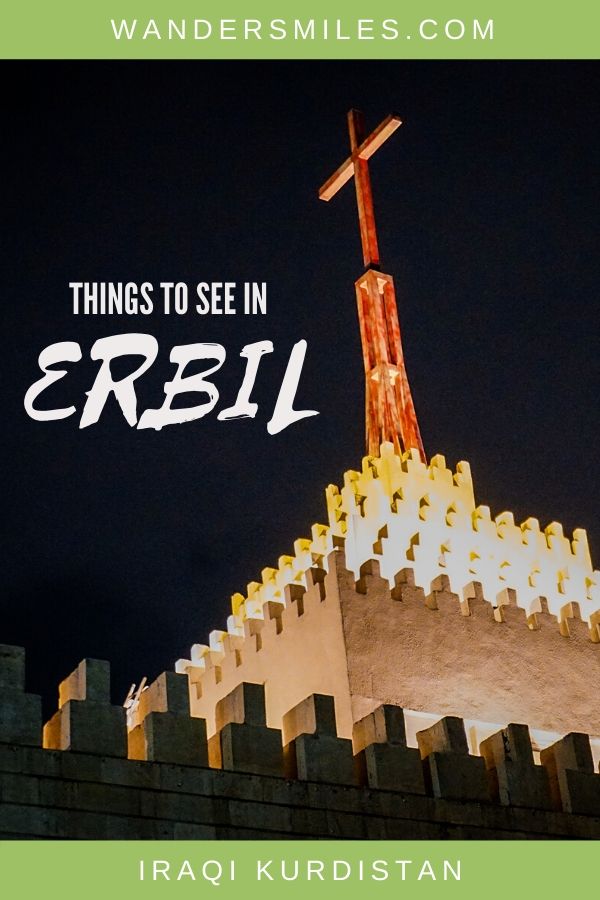 Great post Vanessa! I’d never think about visiting anywhere in Iraq to be honest, so I’m grateful to read something from a traveler’s perspective. The food looks incredible there, and thankfully, I’m not a veggie, so more kebabs for me! Love that photo of you with the police officer and his ‘big guns’ lol!

I’d probably be picky about your exact choice if you visit Iraq but Kurdistan is a different ball game. The policeman seems to love the attention that’s for sure, he wasn’t shy!

I’d love to visit the Qaysari Bazaar. It’s so colorful and although I am not good at bargaining I think I would practice for this bazaar. I’ve heard so many things about the rugs and always wondered if it was expensive to have the rug shipped back home? I know it wouldn’t fit in my suitcase.

Yes some of the places were offering the option of shipping, the rugs were sooooo cheap!

Thanks for adding Erbil to my travel radar- it looks like an interesting city to visit! Did you get a chance to see more of the Iraqi Kurdistan?

Yes we went out into the Rwandauz region, the mountains are so lush and green – incredible! Working on the blog as we speak… stay tuned!

One of the reasons I love blogging and sharing with others is that we help each other to come across destinations we wouldn’t otherwise hear of! Thanks so much for sharing this fascinating place with us!

I couldn’t agree more, I’ve discovered so many fantastic places from reading blogs that makes my ‘must visit’ list out of control!