The historic forts in the UAE are the key to the region’s fascinating history and culture. These ancient structures tell the stories that help a curious traveller to understand the art, culture, and architecture of a unique part of the world.

Forts and watchtowers are defensive buildings and the seats of local power, their imposing presence is a reminder of the once tribal nature of each of the seven emirates.

They are also a wonderful way of remembering a turbulent past while celebrating a new age of peace and harmony.

DISCOVER THE FORTS IN THE UAE

Fujairah Fort is nearly four hundred years old but, thanks to the robust mountain stone used to construct it, is remarkably well preserved.

Once damaged by the bombardments of invaders it now stands proudly on a hill above the charming city of Fujairah and boasts the impressive results of recent renovations. 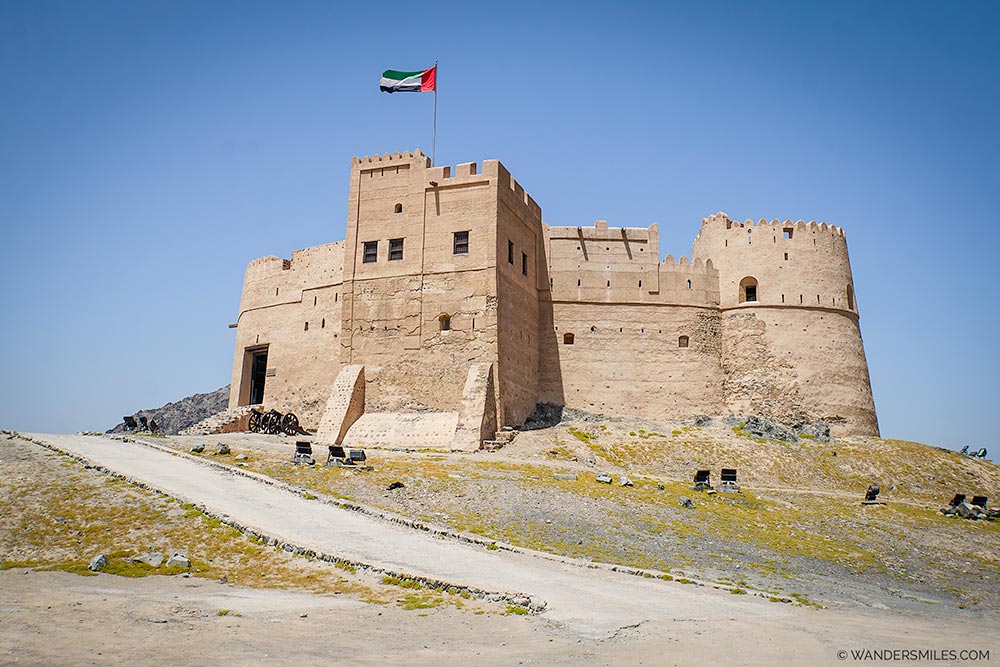 Al Hayl Fort is a small but beautiful example of traditional local architecture. Made from plaster and mud bricks it sits defiantly at the foot of the dramatic Hajar mountain range.

Al Hayl village is nearby and there you will find a caretaker who will be thrilled to show you around the Fort for a small tip.

Sadly, the inside of this fort is virtually empty, however, the stunning surroundings make it worth the journey.

As you stand beside the fortified walls, surveying the green valley below and the mountainous bedrock behind, it’s easy to imagine the pride the custodians felt when they first occupied it in 1830. 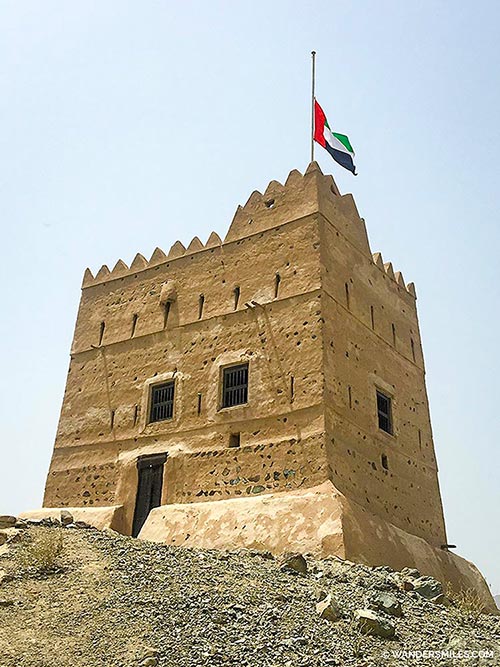 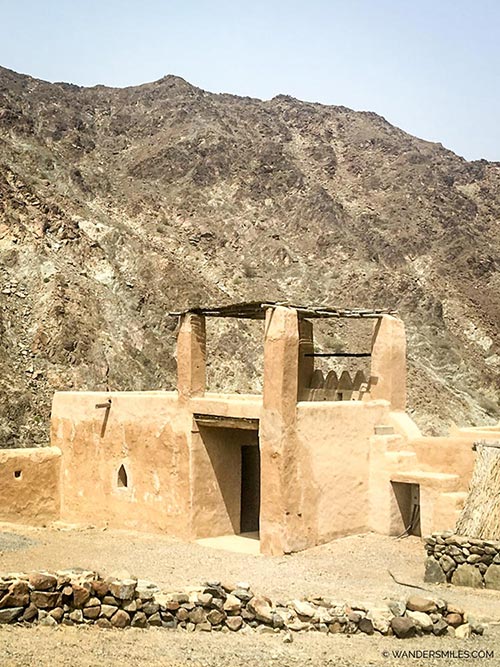 The location of Al Fahidi Fort on the southern banks of Dubai Creek suggests that it was once a vital viewpoint over the sea and nearby lands.

Invaders, ready to cause chaos and damage to the city would have been seen early and well met by a great force.

Al Fahidi Fort is a fine example of a defensive building and will have saved many local lives since it was built in 1787.

It is now the oldest structure in a city of hypermodernity, so it is an important place to visit. Luckily, the Fort has been renovated in recent years and an interesting museum on the grounds describes local tales of human courage and political machinations. 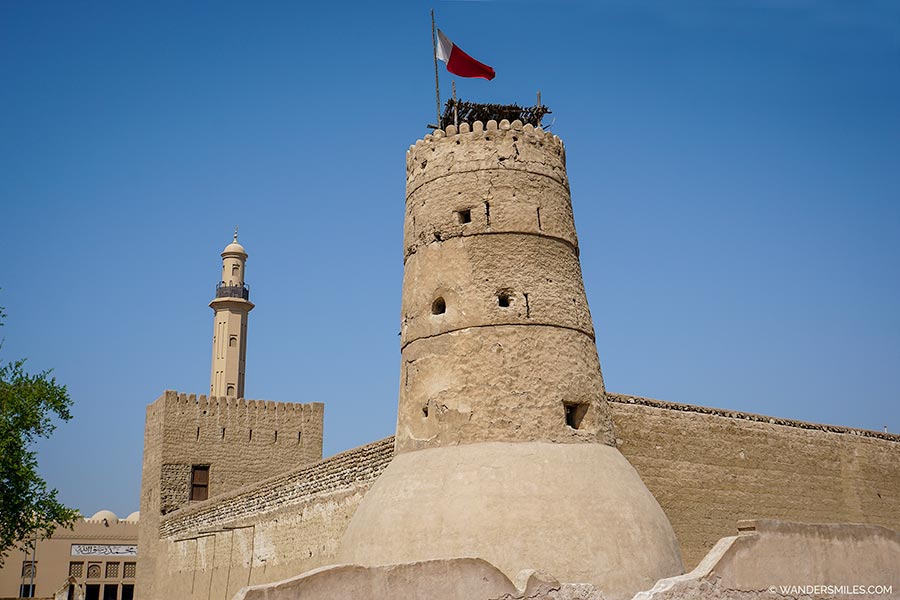 Al Hisn Fort is in the middle of Sharjah City and was the brainchild of Sheikh Bin Saqr Al Qasimi in 1820.

Once the largest and most significant building in the area, it has served as a home and a source of protection for the ruling family. It is now a museum with a wealth of exhibits of invaders rebuffed and the activities of powerful Sheikhs. 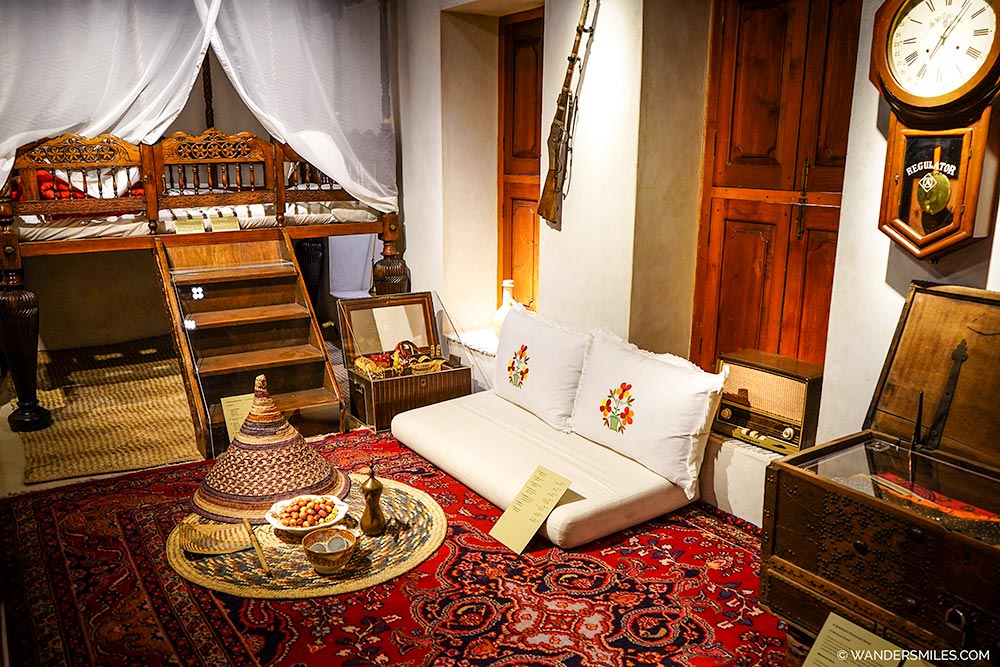 Al Jahili Fort is the biggest in the whole of the UAE and it has history seeping out every brick. Built in the 19th century as a summer home for Sheikh Zayed I, the man who was in charge of Abu Dhabi at that time.

It is a wonderfully well preserved and restored fort and is one of the most popular places for tourists to visit.

Al Jahili has a beautiful garden with exotic blooms and pretty places to escape the intense heat. The Fort itself houses exhibitions to the Sheikh who laid the first stone and the work of an intrepid British explorer, writer and photographer called Sir Wilfred Thesiger.

Qasr Al Hosn Fort is part of one of the most historic areas of human habitation in the UAE. It was built as a safe but magnificent home for Shaikh Shakhboot Bin Zayed Al Nahyan and his family in 1795.

The fort is made up of two watchtowers and a square complex of buildings. One of the citadels is lavishly decorated by pastel seashells and glossy coral. It was built first, in 1760, and is an eye-catching structure that was used as a point of navigation for seamen.

In the 1950s, Qasr Hosn Fort was engulfed by a Royal Place for the ruler of Abu Dhabi, it’s now a much-visited museum.

Dhayah Fort was established in the 16th century to guard the waters and tribespeople around Ras Al Khaimah from marauding invaders.

It sits on top of a huge dune with steep sides and has a jaw-dropping view of the sea, hills, and surrounding agricultural lands.

As well as being an effective defensive strategy, the fort also provided a home for the powerful Al Qawasim family.

It’s a popular spot for tourists to this day. The stunning views are reason enough to tackle the vertiginous stairs and tricky hillside paths.

Al Jazirah al Hamra Fort sits on the edge of an old-ruined fishing village, abandoned in the 1960’s. The coral-coloured buildings, places of worship, and homes are dilapidated and crumbling but still, the fort doggedly stands to defend them from the tribes attacking from the sea.

There is little history available about Al Jazirah al Hamra Fort, but anthropologists are enthralled by the clear formation of the fort complex into winter and summer residences.

Visitors to the fort often wander the gloomy streets and creepy houses of the village in search of the ghosts and demons that are believed to haunt them.

Ajman Fort is one of the most attractive of all the eleven forts in the UAE. It’s an 18th-century structure that dominates Al Bustan city centre with its fully functional wind tower.

It was the home of the ruler until the early 1970s and then served as a commanding police station for many years.

Ajman, like the rest of its sister fortresses, is a busy museum that comprehensively illustrates the past of this area.

The displays of the Umm Al Quwain Museum are set within the remains of a fort whose foundations were laid in 1768.

It looks out impressively over the sea on one side, the creek on the other, and the main gate, with its giant cannons, dominates the skyline of the Old Town.

Before its function as a keeper of history, Umm Al Quwain was a place of royal domesticity and the home of local government officials. It’s amazing to think that cannons have been fired in anger, babies have been born and laws have been signed in the same grand building.

PLAN AHEAD FOR YOUR DUBAI TRIP

Book tours in the UAE

Book the essentials for your Dubai trip

Visit Khor Fakkan | 12 Things To Do and See

Special Sunsets in the Middle East

Such a detailed blog.. loved it! Haven’t visited all of these forts in the UAE yet.

Thank you – Glad you liked the blog. Hope you get to visit more of the wonderful forts across the emirates.