How to spend 2 days in Rio | Rio de Janeiro Itinerary

Rio is one hell of an amazing city earning it’s name Cidade Maravilhosa (Marvelous City)! It is as vibrant in personality as it is in picturesque views. Rio de Janeiro is the second largest city in Brazil but is by no means small. If you’re planning 2 days in Rio for your first visit, there are some obvious highlights I would recommend in this 2 Day Rio Itinerary.

ITINERARY FOR 2 DAYS IN RIO

Wake up to Ipanema Beach

After arriving to Che Lagarto Hostel Ipanema and taking part in the mingling with the guests with a few caipirinhas, a morning walk along Ipanema Beach was an amazing start to the day.

The long stretch of sun-drenched white sand between Arpoador and Leblon is a popular spot for Cariocas (Rio locals) to go surfing, wake-boarding, play volleyball or simply indulging in some serious tanning time. The beach vendors will sing top you on the way past to make them more memorable than the last.

If I had more time, I would have loved to hire a bike and take advantage of the cycle path along the coast. I noticed there was a public bike system you can rent through app called BikeRio which costs around $2 for the day. Next time!

This guy doesn’t need any introduction. Christ the Redeemer is one of the largest statues of Jesus and the tallest art deco statue in the world reaching a height of 30 metres and an arm span of 28 metres.

Perched on the summit of Mount Corcovado in Rio overlooking Guanabara Bay, this is the most recognisable landmark of Rio. In 2007 it was voted one of the New Seven Wonders of the World and quite rightly so!

You can avoid crowds by visiting Christ the Redeemer midweek before 8:30am or after 3:30pm. Also, weather can be a big factor on when to go. Both visits were made in December several years apart but the first time I went, the statue was hardly visible in the big rain cloud hence my return trip!

HOW TO GET TO CHRIST THE REDEEMER

BY TRAIN: For the authentic experience, take the mountain train through the Tijuca National Park, alighting near the top of Corcovado Mountain. The train departs approximately every 30 minutes from Cosme Velho, and the ride up takes 20 minutes.

Big queues from December to March in peak season, best to purchase your ticket for the cog train in advance online. or purchase through Trem do Corcovado.

BY VAN: You can catch the van from Largo do Machado (outside the subway station), Lido Square (Copacabana by Cardeal Arco Verde Subway Station) and Barra da Tijuca (Citta America Shopping Center). Van is cheaper than the train, you can buy tickets online in advance.

TAKE A HIKE: Start the scenic trail at Parque Lage near the Botanical Gardens through the Tijuca National Park. It takes 2-3 hours depending on fitness level. Take care as there have been stories of muggings along the way, have a small amount of cash to hand over in the unlikely event. You’ll need to keep your cash well hidden for your entrance fee.

ORGANISED TOUR: This is obviously a super simple way to do it as they usually pick you up from your hotel or meeting point in Copacabana. The tours are normally visit a range of must-sees in Rio so work out what else you can pack into your day. Check out Rio tours including Christ the Redeemer. 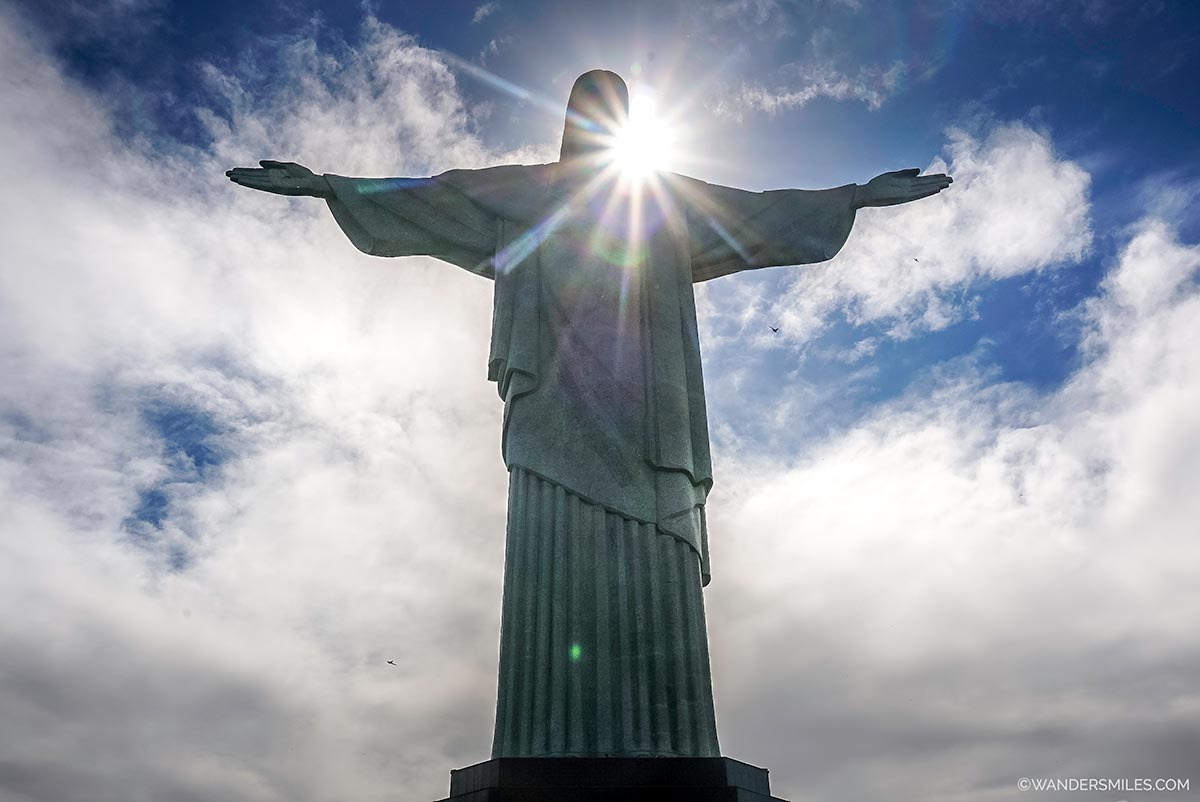 Meander round the narrow cobbled streets of Santa Theresa, you could eaily spend a few hours there exploring the bohemian scene of cafes, museums, galleries and bars.

You can get to Santa Teresa from Rio’s city centre to the bright yellow tram. It was built in 1877 and is the oldest electric railway in Latin America. The bondinho (tram) was closed in 2011 after a serious accident. Jambeiro, Brazilian artist, remembers the driver who tragically lost his life in the accident in his mural in Santa Teresa. 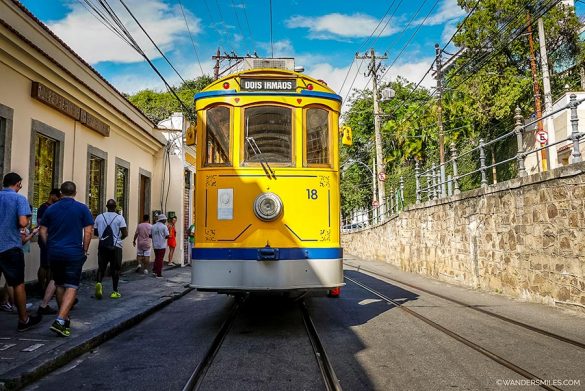 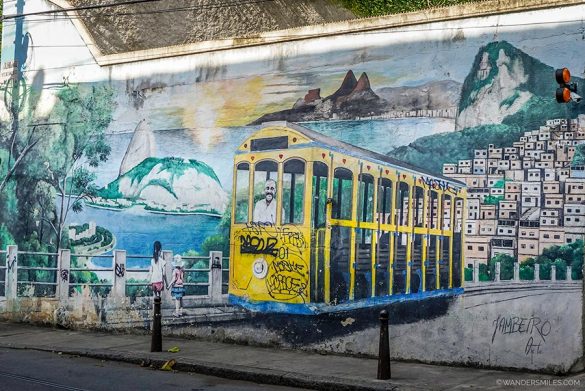 The more popular name of this cone-shaped church is the Metropolitan Cathedral of Rio de Janeiro. The architect Edgar de Oliveira da Fonseca designed it in the style of a Mayan pyramid and has a diameter of 106 meters at its base and is 96 meters tall. It was constructed in 1964 and 1979 in honour of Saint Sebastian, the patron saint of Rio.

I felt a little indifferent standing outside this futuristic concrete cathedral but I entered and took a pew, my feelings changed. Looking up at the centre there is a Greek cross acting as a skylight and four majestic stained-glass panels floor to ceiling throwing beautiful vibrant colours into the cathedral as the light shone through. 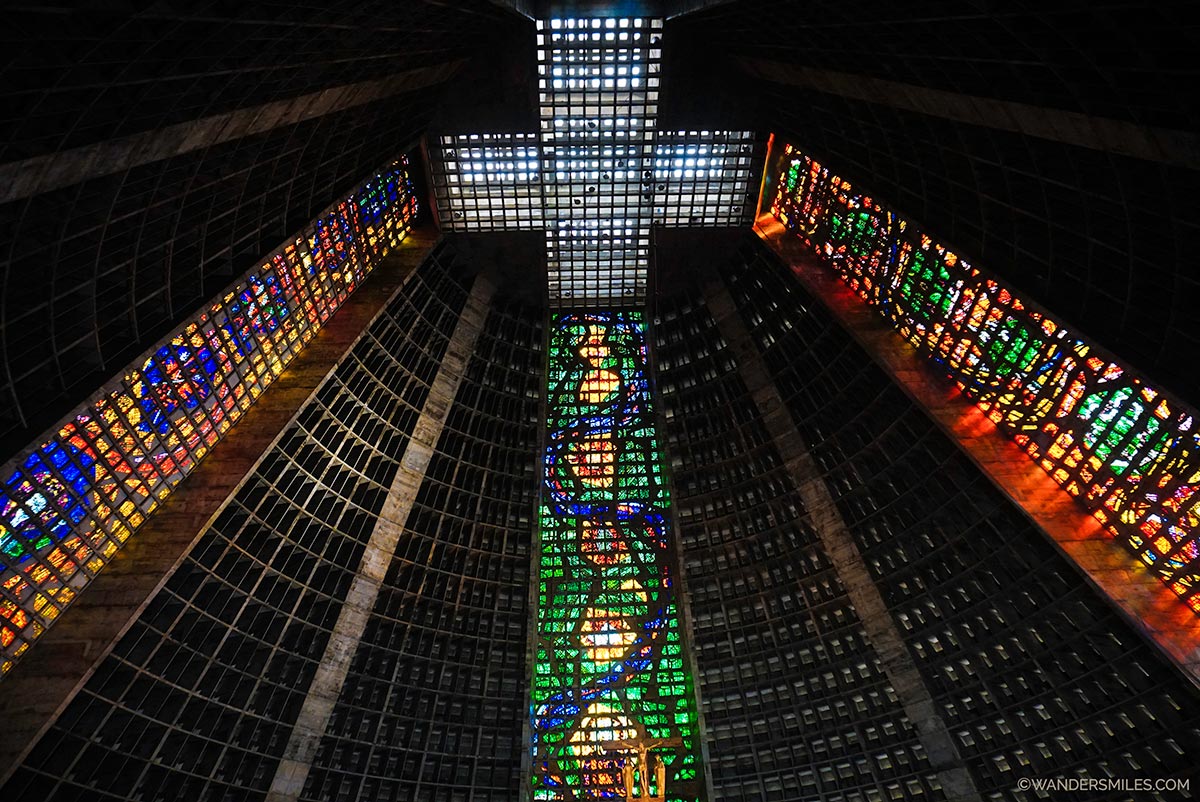 Walk up the Escadaria Selarón

When in Rio de Janeiro, you can’t avoid checking out the Escadaria Selarón (or Lapa Stairs), a 125-meter long “tribute to the Brazilian people.” Jorge Selarón is a Chilean who built the Selarón Stairs was a world traveler, a painter, and a ceramic artist who fell in love with Rio. The 250 steps are adorned with over 2000 tiles with inserts from tiles from over 60 countries – it’s a real labour of love! 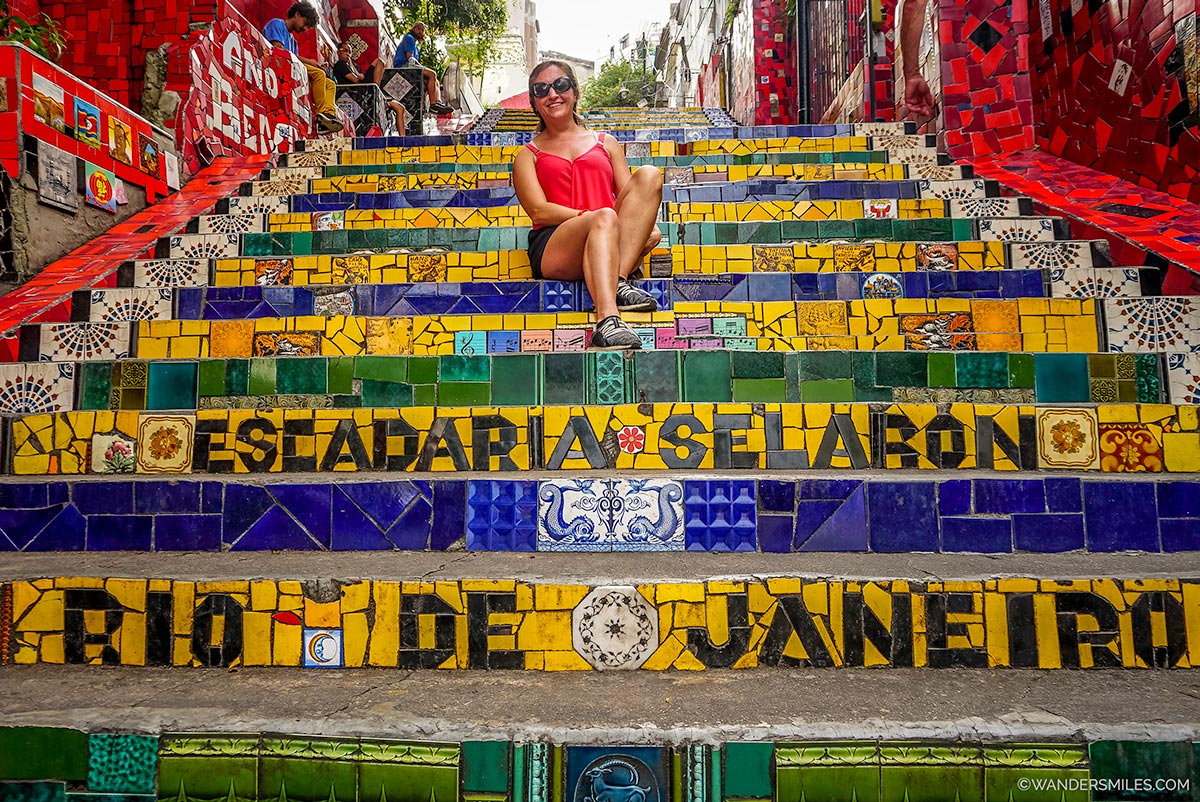 Why was it called Sugarloaf? Back in the 16th century, sugar cane was heavily produced and traded in Brazil. The Portuguese decided the mountain resembled the shape of a loaf of refined sugar.

Board a cable car and ride up to the Urca Mount station before continuing on in another cable car to the top of Sugarloaf Mountain. If you have more time to play with, you can hike the first part to Morro da Urca taking around 30 minutes.

At the top, you will be rewarded with some kick-ass panoramic views of Rio de Janeiro with Christ the Redeemer standing proud in the distance. Probably the most stunning city sunset I’ve ever seen!

If you fancy a more adventurous route, you can test your rock climbing skills on Sugarloaf mountain. With many routes, some more challenging than others, this sure would be a way to get a different perspective on making your way up the Sugarloaf mountain. 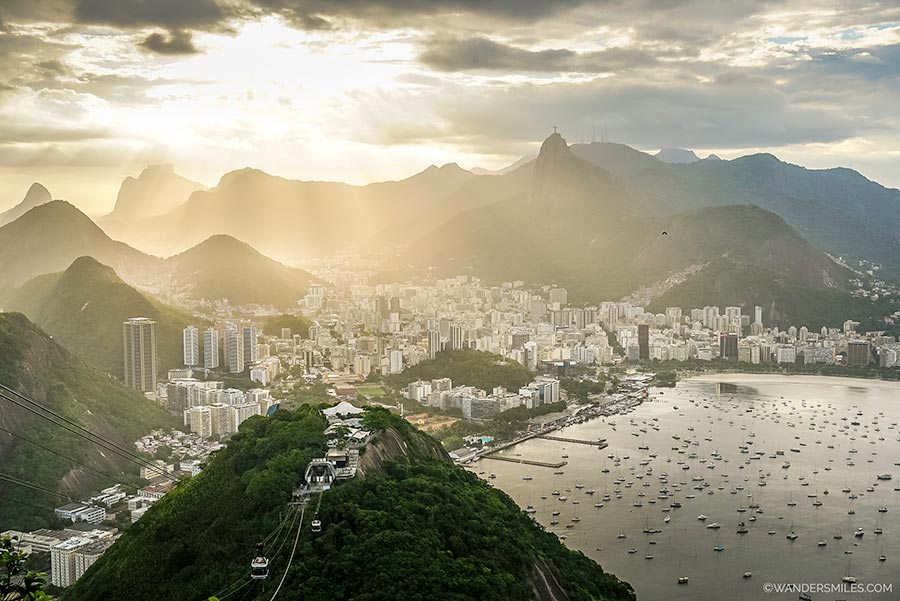 Having tried my luck at paragliding in Pokhara and loved it, giving the hang gliding seemed like a must-do on my layover in Rio de Janeiro. Take off from Pedra Bonita ramp at 507m high to catch a birds-eye view of the city and National Park of Tijuca and glide your way to the landing spot on São Conrado beach. What a way to spend a morning!

I used Beto Rotor and I would certainly recommend him. You feel very safe and he made sure you had a fun flight! The tour is 1.5 hours but that includes driving you up through the park and the safety preparations. Bear in mind that the weather will be a driving force as to whether the flight can happen, keep your fingers crossed!

BOOK YOUR HANG GLIDING IN RIO WITH BETO ROTOR

I was in two minds about talking a tour in the favelas and whether it was morally right. I rang Favela Walking Tours first who said the jeep tours feel like human safari but with the walking tours you meet the locals, hear their stories and is just like taking a tour round any other part of the city.  The tour fee includes a contribution to the favela community so I was happy that the company paid it forward.

I headed out with Junior who was raised in Rocinha, the largest favela in Brazil. He gave us insider’s perspective on the history, daily life and the challenges faced. Loved meeting people along the way and seeing the bright street art around Rocinha!

Wark Rocinha (AKA Marcos Rodrigo) pioneered the graffiti movement in Brazil’s largest favela where he grew up. His work inspires hope and his ‘angels’ are infamous. Whilst he has gained international acclaim, his passion isn’t to dominate the world’s art scene. He thrives at the grassroots level and spends time teaches kids in the favela the craft of art-making.

At the end of the tour we passed by the Rocinha Sports Centre which was built with the purpose of getting kids into fitness. There is Capoeira school based there called ‘Acorda’ (Wake Up) which relies entirely on donations from the city government, local businesses and tourists. They train young students from Rocinha in the Brazilian martial art which combines elements of dance and music in an effort to show the youth the right path in life. Now, I’m no expert but these guys definitely had the moves! 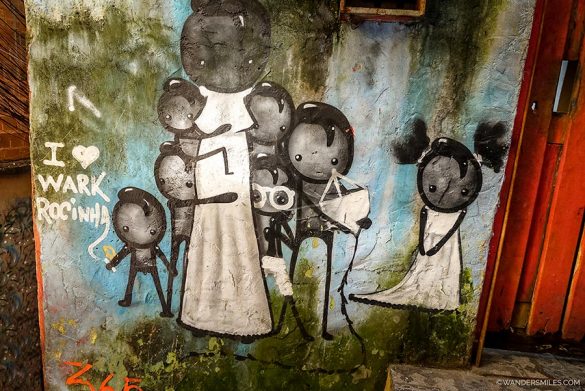 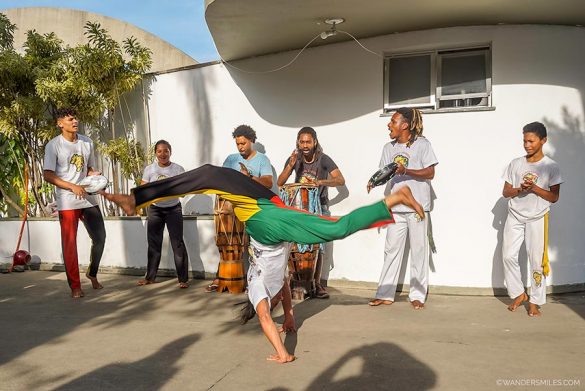 Rio has a tropical climate so it is warm most of the year. Peak season is from December to March with temperatures of 25-30°C to enjoy the sunshine on the beach. Normally it rains a lot in December due to the humidity but I got lucky. The first time I visited was January and Christ the Redeemer was hidden in a mass of clouds. The coldest months are in their winter time (June-August) where the temperature in Rio can drop to 16-25°C.

Rio can party all year round but there are some festivals and events you may want to mark in your diary!

WHERE TO STAY IN RIO

Normally, you’d look for accommodation close to where it is all happening. In Rio, it’s happening everywhere. Each neighbourhood has its’ own character. Santa Theresa has a bohemian feel, Botafogo and Lapa are amazing for nightlife and Centro is perfect for the culture vultures.

For first-timers, the safest spots in Rio de Janeiro are Ipanema, Leblon and Copacabana. I’ve stayed in 3 neighbourhoods in Rio and enjoyed Ipanema the most. Here are some options for accommodation in Rio;

BUDGET – Che Lagarto Hostel Ipanema is a perfectly located, just one block away from Ipanema Beach. Having stayed there I can recommend that the staff are super friendly creating a fun vibe.

MID-RANGE – Casa Geranio is a charming oasis in the heart of Santa Theresa. This 4-star B&B is stylish accommodation has a pool to relax amongst the beautiful gardens.

LUXURY – JW Marriott Rio de Janeiro is located on Copacabana’s beach front. The hotel has a private section on the beach or you can relax on the rooftop swimming pool.

VIEW THE LATEST DEALS FOR ALL HOTELS IN RIO DE JANEIRO

HOW SAFE IS RIO?

We have all heard the horror stories about the crime in Rio de Janeiro so it pays to be vigilant. On my first trip, I only went out with money hidden in various places around my body and ended up pulling it all out in the hotel at the end of the night. I know I sound a bit crazy but we were there for New Years Eve and I was careful about not walking any dark back streets.

REMEMBER TRAVEL INSURANCE! Always make travel insurance a priority for any adventure! World Nomads is my go-to guys, I’ve learnt this from experience. You can buy and claim online even when you’ve left home.  I love that they give a little back too and support community development projects in various countries. 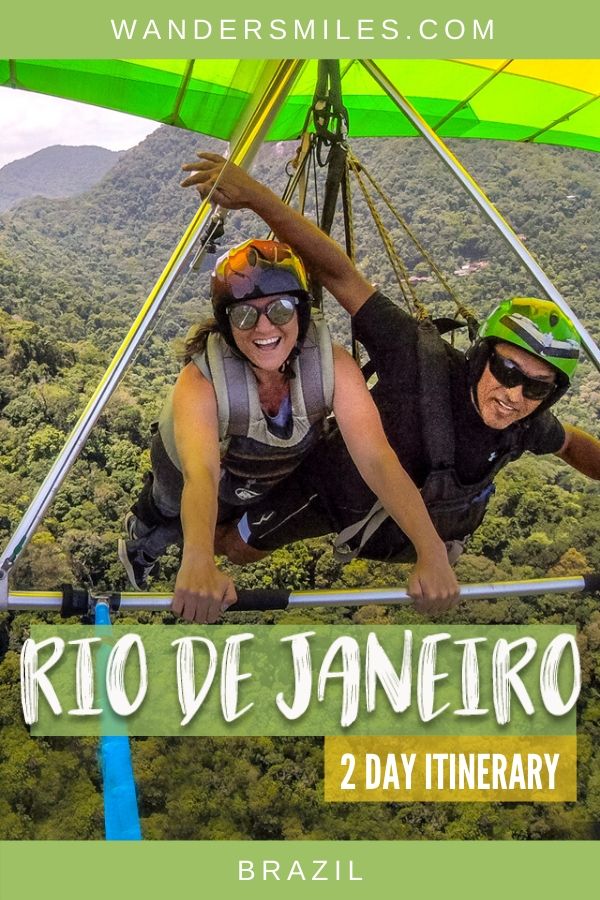 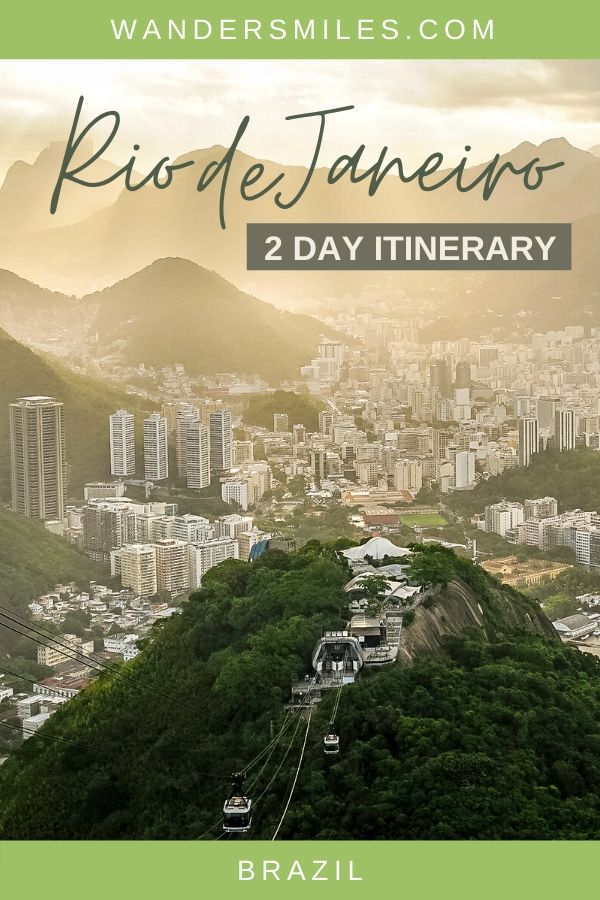 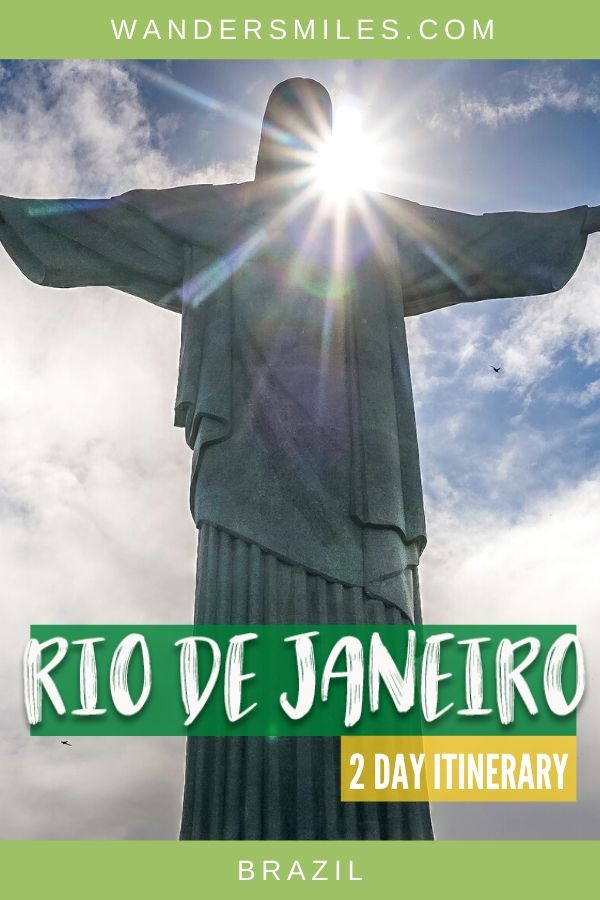 How to spend 2 days in Antigua Guatemala

Who else is missing the beach life?? https://t.co/PHQ2Utj7Le

Who else is missing the beach life?? https://t.co/PHQ2Utj7Le